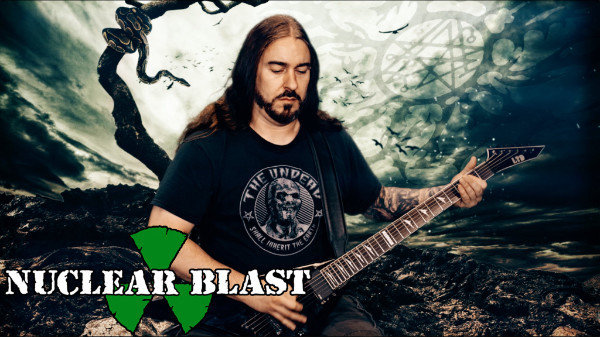 Today, the band have partnered with Gear Gods to premiere the guitar playthrough for the first single, “Guillotine”.

Recently, the band released a new trailer in which Stephane Barbe discusses the bonus DVD that is included with the new album Meditations!

The live DVD was filmed in Munich, Germany on the “A Moment in Time” tour on October 21, 2017. It features the performance of the bands 2 classic albums, Shadows & Dust and Serenity in Fire in their entirety. The concert was captured by several cameras and recorded live in front of a full house of fans from around the world. Mixed by the band’s guitarist, JF Dagenais, the feature also includes interviews with the band members about that very special tour and the new album Meditations. A gift to the fans as a bonus with the new album.

Singer Maurizio Iacono states:
“Guillotine is a powerful track that holds some of Kataklysm’s most important traits : fierce and fast riffing, melodic accents and groove landed power punches to the gut, we are focused and determined, dedicated to you worst enemy”

Previous article
REVIEW: THE URBAN VOODOO MACHINE – 15 SHOTS FROM….
Next article
Get Some Free Gandalf’s Fist