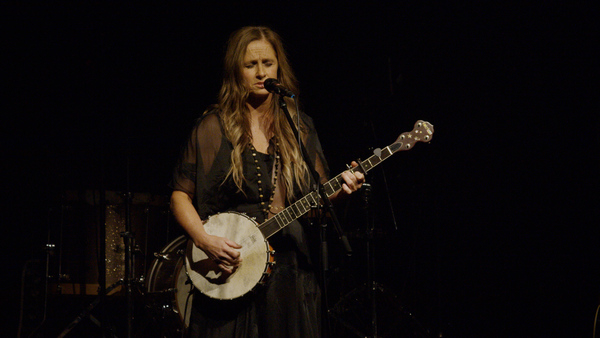 Cover versions of classic songs can be dangerous. Songs that have become a fabric of society to the point where listeners know them intimately and have a deep personal connection. It takes a special artist to take a classic song to a different place and put their own unique stamp on it.

Kasey Chambers fans who have seen her shows in 2022 know this all too well with her incredibly emotional interpretation of Eminem’s 2002 ‘8 Mile’ classic ‘Lose Yourself,” performed on banjo with her band.

Kasey’s performance of the song  on her recent Behind the Barricades tour, elicited an overwhelming reaction to from audiences, including standing ovations and rapturous applause night after night. Due to popular demand Kasey Chambers version of Eminem’s  ‘Lose Yourself’ is out today. Stream or download HERE.

Mentioning Kasey Chambers and Eminem in the same sentence will make most music fans raise an eyebrow  but Kasey explains: “Eminem has been one of my favorite songwriters for many years. We listen to a lot of him in our house. I’ve been mostly influenced in my life by writers who bravely put fearless emotion into lyrics and no one does that better than Eminem. I don’t really care too much about what genre music fits into, just that the sound comes from a real, authentic place from inside the artist.  Eminem makes me feel things when I hear him. Not always the most comfortable things but I’m not sure that music is always meant to make us feel comfortable.”

Many of Eminem’s hits are about himself and his experiences which can be difficult for another artist to authentically cover. ‘Lose Yourself’ was written in character on the set of 8 Mile, and whilst loosely based on himself, albeit opening the song up to difference interpretations. Kasey connected with this. “I’ve had it in the back of my mind for years that I knew there was a version inside me somewhere of ‘Lose Yourself’ on a banjo that I wanted to play live but it was really just for the self-indulgent reason that I love the song so much,” said Kasey. “It took covid lockdown to give me enough time to learn the lyrics properly and write a melody to it.”

Since debuting the song live at the inaugural Wildflower Festival in Australia’s Yarra Valley earlier this year, Kasey has now performed ‘Lose Yourself’ at each festival show and the 17 date ‘Behind The Barricades’ tour with Busby Marou. The release of ‘Lose Yourself’ was recorded at the final show of the tour at a sold out Civic Theatre in Newcastle. The Newcastle Herald commented that  “It was a strange but beautiful epiphany, listening to the song and seeing a commonality of people all over the world, clinging desperately to a chance at greatness. Am I really crying to a bluegrass version of a rap song from the 2002 movie 8 Mile? My god yes, yes I am.”

“I had no idea that audiences would respond to it like they have. Something else takes over my body when I play it and I get completely lost in it,” Kasey said on reflection. “I can honestly say it’s the most I’ve ever connected to a performance of a cover song in my life.”

The video for ‘Lose Yourself’ was all thanks to Kasey’s fans. Noting so many cameras in the air, Kasey asked fans to send through any footage they had filmed. The result is a perfect time capsule of how a great song, performed authentically from the heart can bring a room of strangers to connect in such a powerful shared emotion.

KASEY CHAMBERS – ‘LOSE YOURSELF’ LIVE – OUT VIA ESSENCE MUSIC/MGM