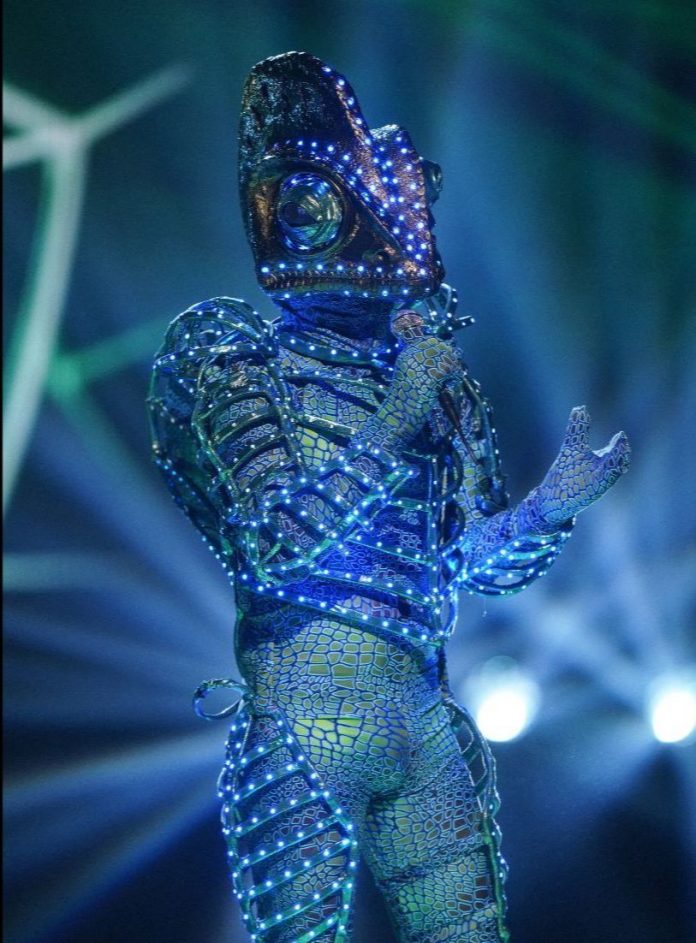 The Darkness frontman Justin Hawkins has been unveiled as the voice behind the Chameleon on ITV’s The Masked Singer, which aired on Saturday (Jan 11th).

Justin’s reveal rocked viewers across the nation following his anonymous performances of Cyndi Lauper’s ‘True Colors’ and Radiohead’s ‘Creep’ at the weekend. He was met by great praise from the judges, including Rita Ora and Davina McCall who were particularly charmed by Justin’s athleticism and charisma.

Speaking about his time on The Masked Singer Justin says, “Keeping secrets is challenging, especially when you effectively disappear for the duration of the filming. I used a combination of bluffery, barefaced lies and vague muttering to explain my absences. I’m basically James Bond.

“I wanted to take part in something that would be slightly surreal, and the secrecy made it very exciting. Like having an extra-musical affair. I was reluctant to commit to the recordings because I was supposed to be best man at a wedding in Australia, but it was too good to turn down. Haha!

“The toughest part of the process was learning relatively modern songs. I’m not fond of new music, so I had to force myself to assimilate inferior compositions… Plus it was difficult to sing from within a helmet!

“I was very pleased with the panel’s observations about my physique. It was so very flattering. The negative remarks were fully justified, I think I actually agreed with everything they said!”

The Darkness have launched into 2020 armed with plenty of surprises for fans. Last week the band revealed their epic video for new single ‘In Another Life’, which features Abbey Clancy as an archangel sent to save Justin from the gates of hell.

‘In Another Life’ is the latest single to be taken from the band’s latest critically acclaimed Top 10 album Easter Is Cancelled, out now via Cooking Vinyl.

Released in October 2019, Easter Is Cancelled became the band’s fourth Top 10 album and topped the Official Charts Top 40 Rock And Metal Chart and the iTunes Rock Chart, while the record has achieved over 3 million streams on Spotify alone. The album was released to swathes of critical praise while the previous singles ‘Heart Explodes’ and ‘Rock And Roll Deserves To Die’ proved a radio hit on the playlists of Radio 2, Absolute, Kerrang and more. The hilarious video for ‘Rock And Roll Deserves To Die’ has also individually surpassed 1 million views.