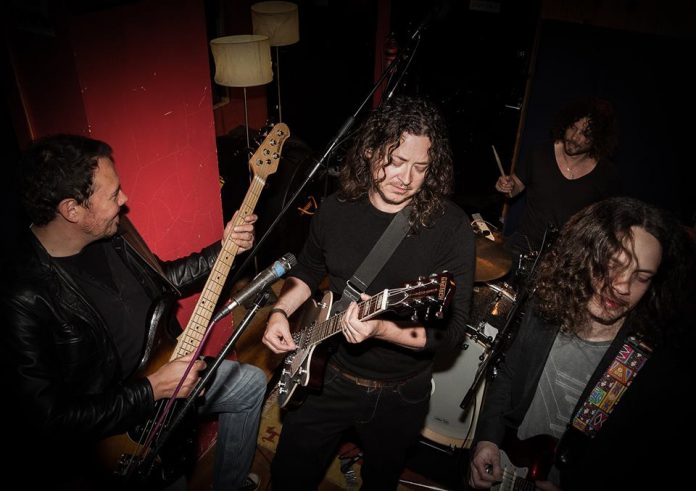 ‘I’m Not Ashamed’ is the bold new single taken from the brand-new career defining album AMPLIFY by emerging rock sensations TESS OF THE CIRCLE.


In just two years in the UK, TESS OF THE CIRCLE have amassed an impressive cv with live sessions on National BBC Radio (BBC Radio 2, BBC London & BBC Oxford) and repeat airplay on national radio (including BBC Radio 2 (5 shows), BBC Radio 6, Planet Rock, Radio X, Virgin Radio, KERRANG!, BBC Introducing, Absolute Radio’s ‘Emerging Icon’, Amazing Radio and over 120 other stations). Now they are ready to take on the world with their new single “I’m Not ashamed”!

Focusing on the song writing of singer/guitarist TESS JONES with LEE CLIFTON on lead guitar, and brand new sensational rhythm section, BEN DRUMMOND and PAUL STONE, the “AMPLIFY” album signals a refreshing commitment to providing the listener with a true musical journey that encourages memories of the first play of a now treasured vinyl record.

“Whilst touring and talking to audiences last year, we sensed a strong desire in people for a return to something real. We really wanted to try and capture that – four guys in a room”, Tess Jones explains. “With an album that goes through the emotions of life: from upbeat exhilaration, excitement and self-confidence, to love, frustration and even the feelings of loss. With our new single ‘I’m Not Ashamed’ I wanted to a craft a song about the wish to strive for sustained self acceptance. It’s about finding strength in knowing who you are and not relying wholly on others perceptions”

Last year, the band engaged audiences with five shows at Glastonbury, sub-headlined the  Acoustic Festival of Britain’s second stage and headlined Bear Gryll’s Festival in London. The end of 2016 sees them as special guests of Hawkwind’s HAWKLORDS, playing Planet Rock’s ROCKSTOCK and gracing the stage of BEARDED THEORY 2017 ! Rest assured, this band are just getting started!