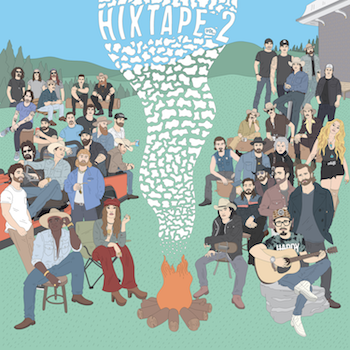 Ashland Craft and Brothers Osborne light up for week 12 of HIXTAPE: Vol. 2, rolling out the carefree fun of “I Smoke Weed” today (26/11), as the anticipation builds for the full album to drop on December 10th.

Co-written by Craft with Willie Morrison and Lee Starr, the unabashed tribute to local greenery works like an all-natural prescription for good times, full of take-me-as-I-come lyrics with a straight-to-the-head smirk.

Produced by Jonathan Singleton, the torchy tune is sure to spark smiles from a few of your friends, with its woozy, laid-back groove leaving fans in cloud of Country daze.

Founded by chart-topping Country star, HARDY, HIXTAPE: Vol. 2 is a groundbreaking Country collaborations album, with a star-studded list of artists creating the ultimate mixtape of backroads bangers and party-friendly anthems.

Check out the full series to date here and check back next Friday (3/12) for more.