JJ In The UK 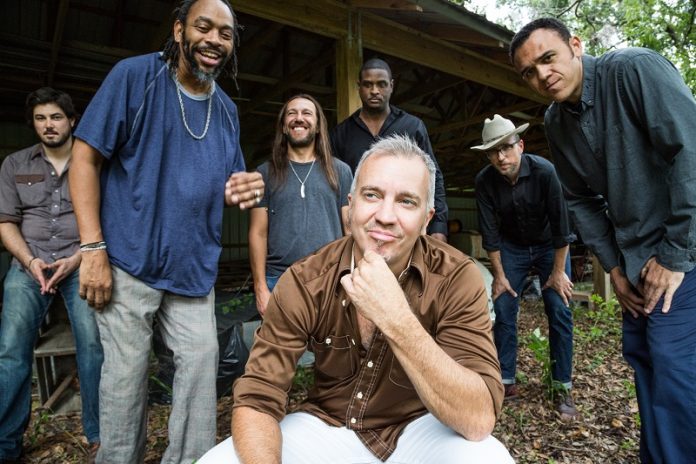 Expect an awesome show this Spring

Celebrated soulful ensemble JJ Grey & Mofro will be returning to the UK in May for a tour following the release of their uplifting recent album Ol’ Glory.

The album is their debut on Provogue Records, which is part of the Mascot Label Group.  Ol’ Glory contains 12 new songs that feature the deep, soulful blend of blues, rock, folk, funk, gospel, gritty R&B and personal, Southern-inspired narratives that have become synonymous with JJ Grey & Mofro. A true Southern renaissance man, JJ Grey’s intensely charismatic live performances, combined with the incredible musicianship of Mofro, have connected with audiences all over the world. Their work has been praised by the press, including The New York Times, Wall Street Journal, NPR, Relix, The Oxford American and many more.

The material on Ol’ Glory reflects two themes that run through JJ Grey & Mofro’s entire body of work, a strong sense of place, and finding happiness with where you are in life.  The opening track, “Everything Is A Song” is prime example, as is the joyous “Every Minute” with its mantra “loving every minute of living”.  “Home in the Sky” allows listeners a glimpse at Grey’s spirituality strongly rooted in his Florida home and the land he grew up on.  JJ Grey is a natural storyteller with a gift for delivering thoughtful and profound messages in a down-to-earth, laid-back way, while maintaining a level of intensity that goes straight to your core.

Ol’ Glory was recorded at Retrophonics Studio in Saint Augustine, FL, where Grey has tracked many times.  An avid surfer, Grey often spent the mornings at the beach and the afternoons recording, a formula that has proven very effective in creating inspired recordings.

TUESDAY 31ST MAY – BAND ON THE WALL, MANCHESTER – Tickets£20 Adv

Previous article
Slayer Are Against You
Next article
Cracking Skulls