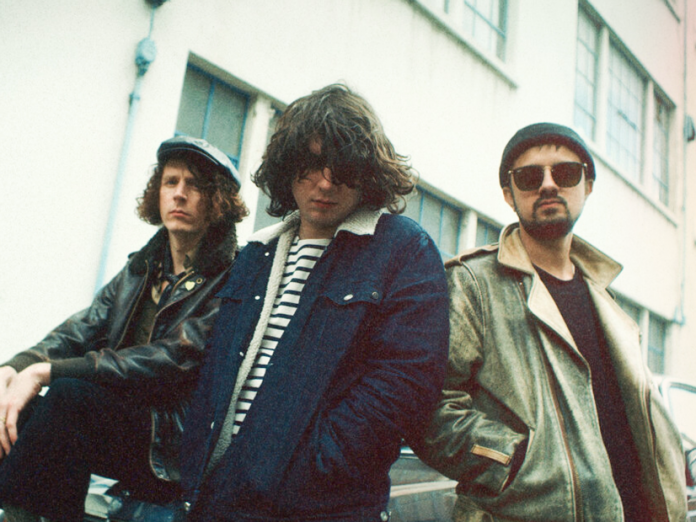 Today Mystery Jets release ‘Home Protests’, an album of covers that was written and recorded over the course of 2020. A limited edition version of the album will also be available on vinyl, exclusively with Flying Vinyl. Listen here: https://MysteryJets.lnk.to/HomeProtestsSo

The band say about the album, “When we had to take some time out after Blaine’s operation at the end of last year, we got together each week to record a different cover of some of our favourite protest songs. Songs about mental health, the environment, consumerism or racial intolerance, which still feel as real now as they did when they were written. Some happy, some sad. What with the lockdown, and not being the kind of people to like to miss out on a party, we decided that now would be a pretty nice time to share them with you guys.”

Earlier this week the band also announced a one-off socially distanced show at Clapham Grand on 19th December, performing songs from their critically acclaimed new album ‘A Billion Heartbeats’, which was released in April this year. After huge demand for tickets, the band have added a matinee performance on the same day, which is on sale now. Fans can buy tickets here. These shows comes ahead of their UK tour which has been rescheduled for 2021.

The band say of the live show, “In a year which we’ll remember as being unlike any other, the spirit of community has felt more important than ever. We’ve each found new ways to stay connected and music has been a lifeline for a great many of us during these strange times.

Our new album ‘A Billion Heartbeats’ is about coming together to call for a fairer world. Although we’ve missed being able to play the music on stage, seeing the songs take on different, unforeseen meanings in people’s lives has been a beautiful thing to see.

When the opportunity arose for us to perform in a safe and intimate setting, it felt like a perfect way to see out the year. It’s been so long since we’ve played a show and we can’t wait to see you all and be together again.  xMJs”

1. You Are The Generation That Bought More Shoes And You Get What You Deserve

9. Jesus’ Blood Never Failed Me Yet