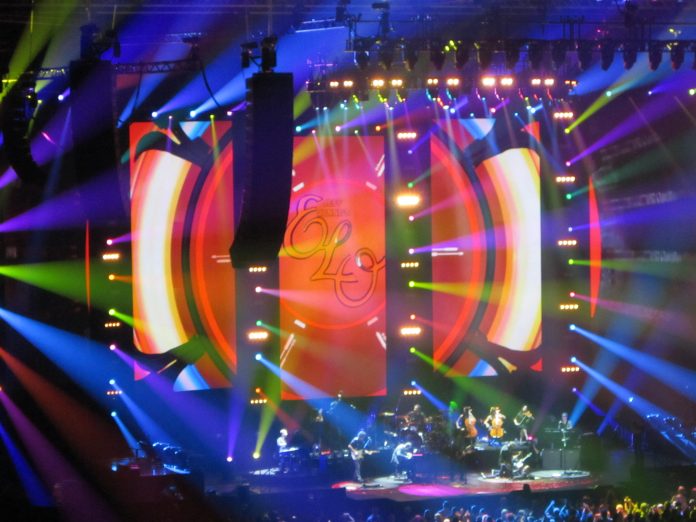 Having watched and thoroughly enjoyed the BBC4 Mr Blue Sky documentary in 2016 on a fellow Brummie who grew up in Shard End and having seen the footage of his first gig for twenty-five years in London`s Hyde Park in 2014, I promised myself that if Jeff Lynne was to come to Birmingham again, the least I could do was make an effort to see him. I must admit I struggled to get tickets but managed it for his additional third show in a week at the city centre`s Arena. I was looking forward to this gig as it was nearly forty years ago that I saw the band ELO at the then National Exhibition Centre. 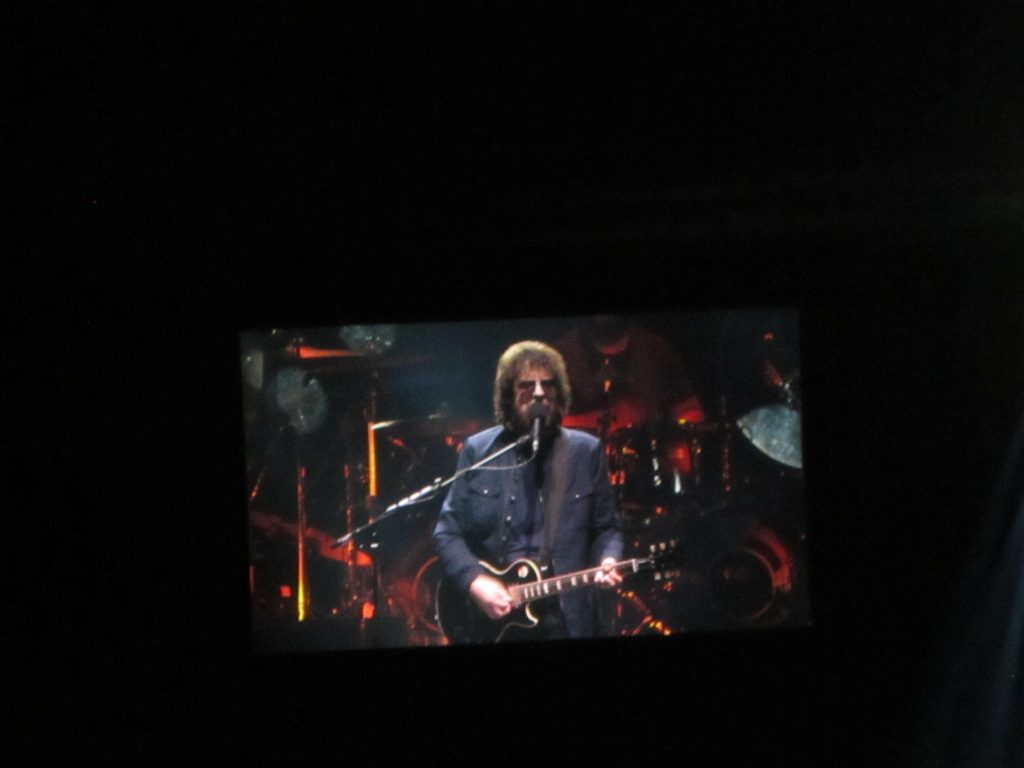 There`s little fuss as the lights dim and the twelve strong band kick us off with the quite orchestral `Standing In The Rain` and the audience`s reaction is deafening. The set is culled predominantly from the mid-seventies’ albums of `A New World Record` and `Out Of The Blue` The hits flow with `Evil Woman`, `Showdown` and `All Over The World` where Shard End is mentioned in the lyrics with cities such as Hamburg, Paris, Rome, Rio, Hong Kong, Tokyo, L.A. and New York, marvellous. A nod to Mr Lynne`s past with the wonderful `Do Ya` from his days with The Move, The Travelling Willbury`s ` Handle With Care` and the introspective and autobiographical `When I Was A Boy` There is little conversation with the audience but having watched the documentary, Jeff Lynne`s quite a reserved guy so a thank you here and a “it`s great to be back in Birmingham” was pretty much what I expected. The night continued with hit after hit with `Livin` Thing`, `Shine A Little Love`, `Sweet Talkin` Woman` and `Turn To Stone` amongst the many shared before the cracking `Mr Blue Sky` rounds off the evening and sends the faithful into a frenzy. The band return for an extended version of the 1973 hit and Chuck Berry cover of `Roll Over Beethoven` and then depart after an obligatory selfie. Tonight, was quite a nostalgic trip for me, the show was extremely polished but thoroughly enjoyable. I was glad I was one of the just under fifty thousand Brummies’ to witness the homecoming of one of our own `Wild West Heroes`