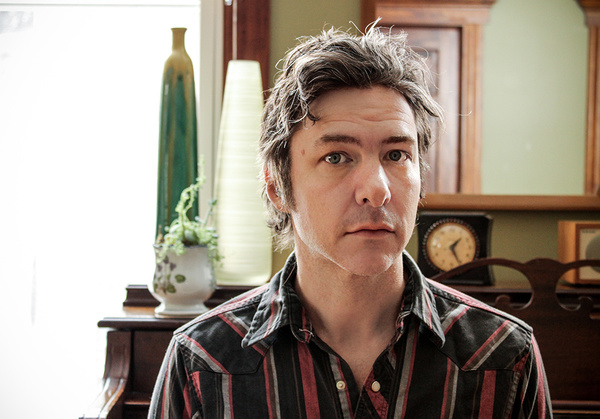 June 28, 2017
Reading time: 2 min.
Facebook
Twitter
Pinterest
WhatsApp
Linkedin
Email
Print
Telegram
Copy URL
By Andy Thorley
Songwriter and guitarist James Elkington is set to release his debut solo record, Wintres Woma, next Friday, 30th June via Paradise of Bachelors.
Leading into its release, the album is now available to stream via NPR Music’s “First Listen.”
Additionally Elkington, (affectionalely dubbed “the guitar king” by The FADER) is excited to present the Timothy J. Harris directed music video for “Sister of Mine.” Elkington spoke to Noisey about the track:“I hardly ever write songs from other people’s points of view, but I’d been reading about the Roman Emperor, Caligula (possibly in anticipation of our current administration) and started thinking about how the great megalomaniac monsters of history hardly ever think of themselves as monsters. They nearly always seem to be able to justify their actions to themselves, so I wrote his horrible history as a kind of mundane letter that he might have written to his sister (who was also his best friend and confident).”
Drawing from British folk, avant-rock, and jazz traditions alike, Wintres Woma—Old English for “the sound of winter”— is James Elkington’s debut solo record, but you’ve likely heard his masterful guitar playing and arranging, even if you didn’t realize it. Elkington (an Englishman living in Chicago) is an inveterate collaborator who brings his lyrical compositional and improvisational sensibilities to any group. He has toured, recorded, and/or collaborated with Jeff Tweedy, Richard Thompson, Steve Gunn, Michael Chapman, Joan Shelley, Nathan Salsburg, Brokeback and most recently Tortoise, to name just a few of his admirers. Recorded at Wilco’s Loft, it’s baroquely detailed and beautifully constructed, featuring both Elkington’s baritone vocals and some of Chicago’s finest musicians.
James Elkington online:
Official Website
Instagram
Paradise of Bachelors
Previous article
Not Going Anywhere, But Coming Here
Next article
Give Us A Wave