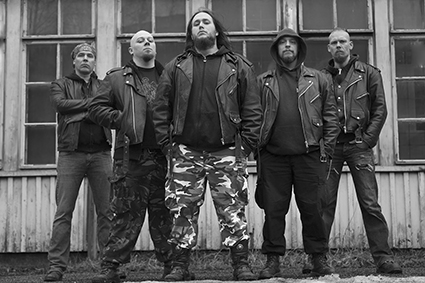 Shrapnel Storm prove their new one is the bomb

Footage for the video was filmed at Turun Kuolema
(Old School Finnish Death Metal Festival) by SHRAPNEL STORM on October 31st and November 1st.
The video was produced & edited by bassist Petri Saarenmaa.
The band commented about the new video:

“This roadtrip video is dedicated to everyone who saw Shrapnel Storm during 2015. Oulu, Lempäälä, Turku, Lahti, Helsinki, Tampere and Pori, you all were amazing. Thanks for supporting the underground.”

“Mother War” was released in May of 2015 on the German Label WITCHES BREW.

“Mother War” plows its way through 10 tracks of 90’s mid-tempo Death Metal; displaying brutality, respect for traditions and groove, three key elements that can be found in every SHRAPNEL STORM song.