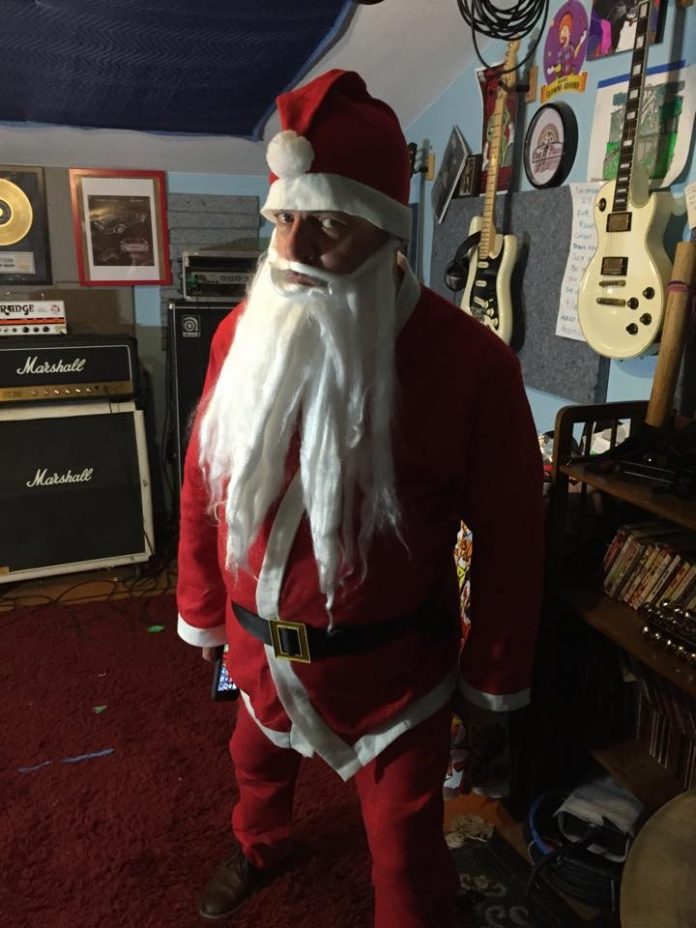 ….yes really. But this one sounds like the Ramones so it’s ok.

At least one of the team behind MVM thinks the only good thing about Christmas is three football matches in a week (would that be you, Andy? – Ed) and that all that ho ho ho bollocks, is well, bollocks.

Happily help is at hand. Johnny Manak and the Depressives probably hate Christmas too, especially after that bastard Santa nicks their drink.

Let them take up the story: “Santa Stole My Whiskey” is 3:05 of sheer angst against the big red man’s actions of stealing booze while delivering presents, the total opposite of what the guy is made out to be. The track is available on all digital download and streaming services worldwide.”

So now we know: it’s official, Santa is a thief.

“Santa Stole My Whiskey” is a perfect addition to any Christmas party playlist where adult beverages will be served and such tunes as The Ramones ‘Merry Christmas (I Don’t Want to Fight Tonight) and The Vandals “Oi To The World” will be heard.

Jonny Manak & The Depressives are currently recording the follow up to their last full length “Primitive Sounds For a A Modern World” at Cup O’ Pizza studios n San Jose where it will be once again manned by their in house engineer Neil Young and is slated for a vinyl release in 2015 from Self Destructo Records.