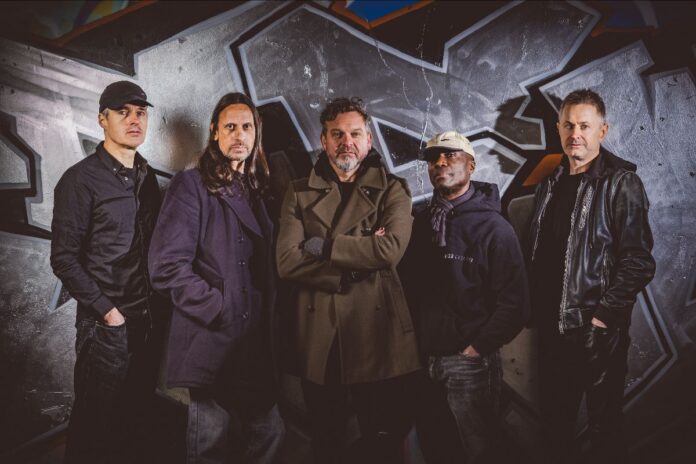 Formed in leafy Surrey in the late ’80s, THRESHOLD truly blossomed in the following decade, swiftly establishing themselves as the UK’s leading progressive metal standard bearers.

The band recently announced their highly anticipated 12th studio album DIVIDING LINES, which will be released on November 18th via Nuclear Blast Records.

And today, we get yet another taste of the record with a lyric video for it´s energetic third single ´Complex´.

Guitarist Karl Groom comments:
“Complex was the 2nd song written for Dividing Lines and I love the energy that Johanne injected into the song, particularly on the pre-choruses. The idea for the solo came about by accident when I left a parallel pitch-shift on the lead sound whilst making the demo. We can’t wait to release the album and have the chance to tour again.”

The album is available on the following formats:

Founded by guitarist Karl Groom in southern England in 1988, THRESHOLD were a unique proposition from the start. Driven forward by youthful confidence and verve, they swiftly became the UK’s premier purveyors of adventurous and progressive metal and have remained at the top of that tree for the best part of three decades. From early albums like Wounded Land (1993) and Psychedelicatessen (1994) through to more recent triumphs like 2014’s acclaimed For The Journey and Legend of the Shires (2017) the band’s reputation has been built upon the sheer strength of their songwriting, collective chemistry and fervent disregard for following passing trends. As a result, THRESHOLD are as revered and respected as they have ever been.