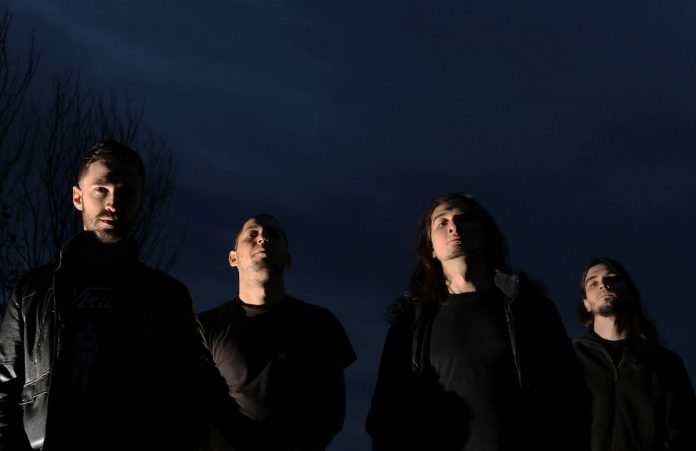 Emrevoid rose from the ashes of the black metal band Thy Cold in 2004 in Cesena, Italy.

After years of instability and line-up changes, in October 2010 the band started the recording of the self-titled debut album, with the guitarist Alessandro Rossi taking care of the mixing and mastering process.

Entirely produced in the rehearsal room and released in September 2011, the album presents 10 tracks for a total of 40 minutes of sonic assault.
This was a catalyst to begin an intense period of live activity, sharing the stage with bands such as Napalm Death, Essenz, Dementia Senex, Sedna, Under the ocean, Lamantide, O, Carnality, Crawling Chaos and other names of Italian and international scene.

A subsequent change of line-up finally leads to a compact team in June 2013, with Riccardo Zappi (ex-Dementia Senex) on bass and Gaetano Rizzo (Lambs, Noisefall) as the new vocalist.

Emrevoid are gradually leaving the old tunes, pushing towards more personal style and experimenting with new ideas, making it hard to pin them down.

Their new Riverso release is available on their Bandcamp page