“It Feels Way Too Personal” 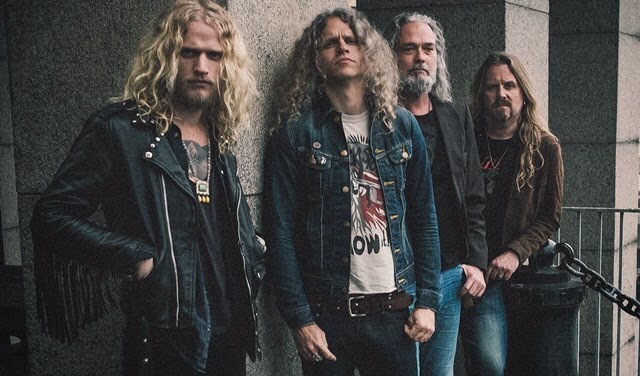 As two MVM writers rank the record in their top 10 of the year, Tom Sutton explains why the incredible Order Of Israfel album “Wisdom” feels like…….well let him tell you

It takes a special – and let’s be honest here, some would say mad – type of character to swap the warmth and sun of Australia for Scandinavia’s somewhat cooler climes, but that’s what Tom Sutton did.

Perhaps he met a girl? After all love can do funny things. Not a bit of it.

Tom laughs when we innocently ask him this as he drinks his tea at Scruffy Murphy’s bar in Birmingham. “No, man, it was for metal.”

Come again. “Yeah, growing up I was obsessed with the black metal scene in Scandinavia, so as soon as I could I just moved there, it’s all AC/DC back home.”

Whilst we are sure Norway is lovely, men in white coats are on hand to sort the likeable Sutton out whenever is needed, but anyway, even travelling 12,000 miles because you like black metal ain’t as odd as what came next.

First, Tom found a home in Japanese doom loons Church Of Misery, presently he also plays guitar in the mighty retro tinged Horisont. While all this has been going on, he’s been planning Order Of Israfel.

A four piece they might be, but let’s be in no doubt that Sutton is the leader. When we originally turn up to interview the band, we find them sharing a beer in the corner of the pub. We ask if they want a chat, and very politely – the band are all extremely nice and seem humbled that anyone in the UK is taking an interest in them at all – MVM is directed to the surfer looking dude standing at the bar, drinking tea.

Tom shrugs when asked if OOI is his band: “Oh, you know,” he says. “I’ve had some of these songs with me for 14 years, I know what they were meant to sound like in my head, the other guys have helped me realise that brilliantly.”

He is a little blunter and cruder when asked how it feels to him that these songs are finally in the public domain after he’s carried them around for so long: “It feels way too personal,” before breaking off, laughing and fixing MVM with a mischievous grin. “Do you really want to know what it sounds like?” He laughs. We nod, albeit with some trepidation, to which he replies. “It feels like I’m having a wank, and when I finish off, I look up and there is a crowd of people applauding, that’s how I explain it!”

Thanks for that, Tom.

Happily, when the band open up the show downstairs about half an hour after our chat, his mouse stays in the house, but there are plenty of people clapping. You can’t fail to be impressed actually. Such is the length of these tracks they only manage three of them, but if that’s not enough to convince everyone here of the leviathan quality of the record then nothing will.

In fact so good are Order Of Israfel that you can scratch what we said at the start. Australia’s loss is Europe’s gain.

Wisdom is out now on Napalm Records