Is The World Ready For Ritual Black Metal…..? 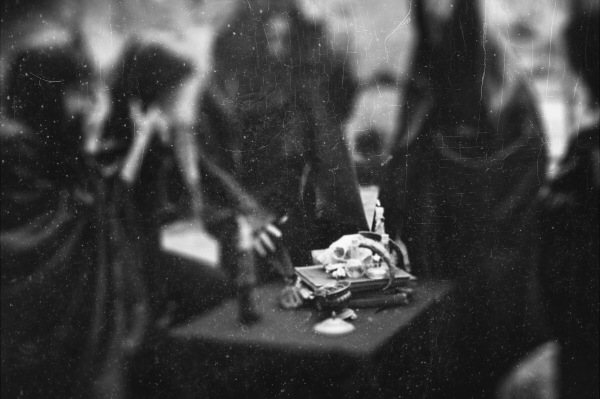 …..Riti Occulti hope so. They’ve got an album full of it coming out in Feb

Italian group Riti Occulti say they showcase a new form of black metal – one that blends inextricably with doom and ritualistic music.

As if to prove it they are reissuing their self titled debut record this year.

Originally released in 2012 by Epidemie Records, this reissue will be handled by Nordavind Records which will feature all seven songs remastered as well as new artwork by Serena Mastracco.

The sounds here range from Sabbath-esque doom of the ’70s to some of the ancient exotic sounds of the East.

“Riti Occulti” will be released worldwide on 23 February 2015 in standard jewel case with an 8 page booklet. The CD will be limited to 300 units and pre-orders are now available right here: