Iron Maiden’s Gonna Get Ya? 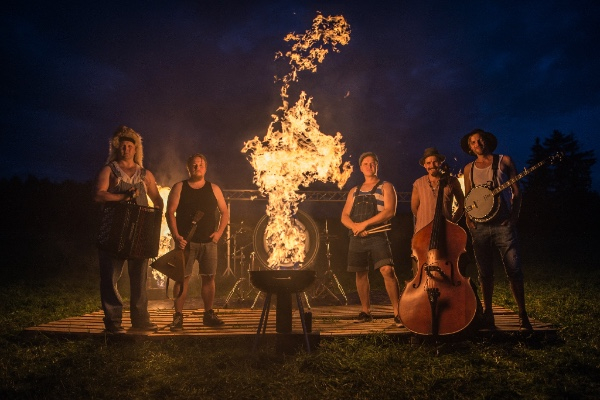 Another cover with banjos

Viral Internet sensation Steve’N’Seagulls have shared the video for their latest and greatest — their cover of Iron Maiden’s classic “Aces High”. Throw your horns up and watch the clip here.

“Sometimes, in order to make things happen, all you need is a bunch of crazy ideas, mash ’em together, and wait for the results,” the band said about the video. “This is basically how we started with our first video from the upcoming album. We were lucky to get some enthusiastic, creative, and hard-working people around to get it done. You can imagine that mixing miniature aircrafts, cows, pyrotechnics, and belly dancers with the band doesn’t necessarily come together naturally. But it did. And we’re happy about it.”

S’N’S’s second album Brothers in Farms is out September 9 via Spinefarm Records.

The song is available as an instant grat track for fans who pre-order the album here.

For the uninitiated, Finland’s S’N’S shot to fame thanks to their bluegrass covers of metal classics, such as AC/DC’s “Thunderstruck.” Their unique take on beloved tracks garnered S’N’S fans, who cropped up all over the world, and their videos racked up millions of views.

September 21, 2015 was eventually christened Steve ‘N’ Seagulls Day for the entire state of Colorado, while the band also covered The Beastie Boys’ hit “Sabotage” for The AV Club, toured the U.S., bringing their folk metal madrigrals to the masses, and appeared at the annual SXSW Festival in Austin, Texas, last Spring.

Previous article
At The Gates
Next article
Cough Up