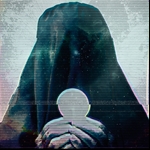 INVERTED was born in February 2007 with the moniker of CYANIDE CHRIST.

The first demo was released in August 2008, a three track home recorded with drum machine DFH. The line up grew up with Enrico on drums and Daniele on bass guitar and another demo was released. Then the name changed to INVERTED. This demo was recorded in Badrum Studio and contained 4 new songs in addition to the old demo.

Alessandro joined the band on lead guitar so the band started to play gigs around north Italy with many bands. Later in 2010 they recorded their first full lenght album “Point Of Crossing” at Music City Studio in Montebelluna (TV). This album contained 10 tracks of Death Metal music influenced by many Death Metal styles. Featured solos on tracks “5.56” and “Enuma Elish” by Ivan Odorico (ex- SLOWMOTION APOCALYPSE, RAINTIME, and currently FAKE IDOLS).