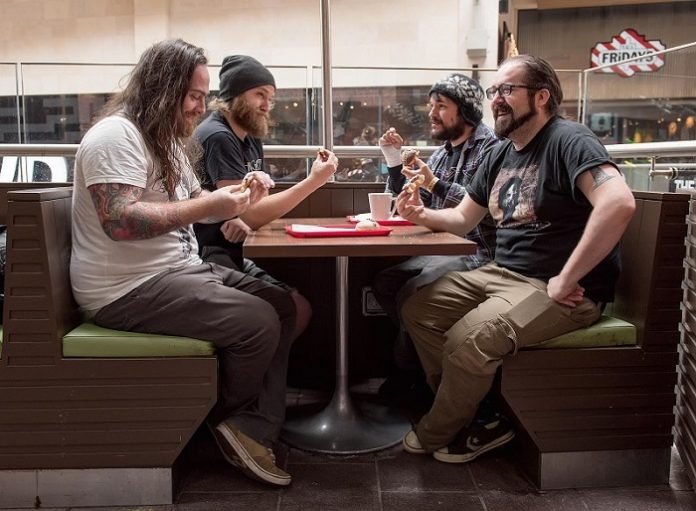 Welcome Back Delta were born into the bosom of the sleepy Cotswolds in 2011. The four like-minded musicians quickly gathered steam, hitting Cheltenham with a wake up call packed with catchy riffs and blues beats. But it was their live energy, sound and drive which really made people take note. Their first album ‘Shocker’- released in 2014, saw national press coverage and several UK tours. WBD have supported artists such as Clutch, Nick Oliveri, Karma to Burn, Lionize, and Desertstorm to name a few.

After recently supporting Clutch on their UK tour, and with big festival slots at the likes of Hard Rock Hell, Wychwood Festival, and Giants of Rock this year; Welcome Back Delta have announced their second album ‘Sucker’ will be released digitally on August 12th 2016 and physicals will be available from July 30th.

The album was recorded at Abatis Studios near Coventry, and produced and mastered by Jon Priestley – sound engineer for The Damned.

Fans will be able to pick up an EXCLUSIVE physical copy of the new album on the launch night – July 30th at the 2 Pigs, Cheltenham.