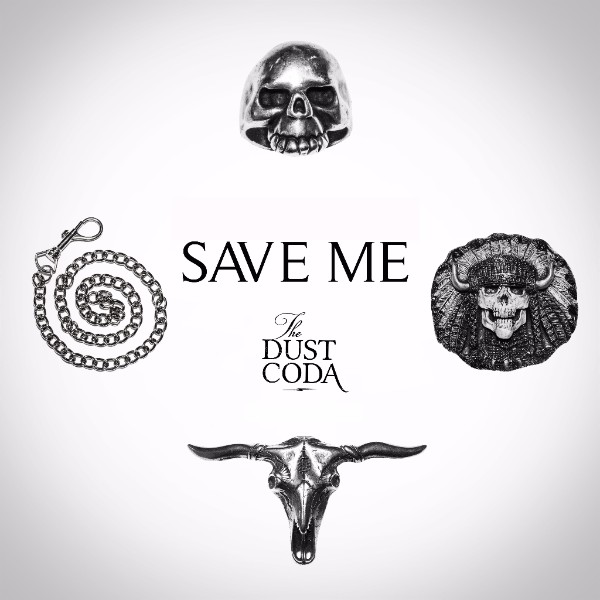 London’s hard rock n’ roll quartet, The Dust Coda, release a new single, Save Me, on Friday 22nd Sept 2017. It will be available via all leading download stores and streaming services.

Produced by the award winning, Clint Murphy (Thunder, Manic Street Preachers, Devilskin), Save Me is taken from the band’s forthcoming self-titled debut album, due for release Fri 27th October 2017 and available for pre-order now at www.thedustcoda.com

Formed in 2015 around the nucleus of Australian, John Drake and British guitarist Adam Mackie, The Dust Coda deliver a rootsy, soulful, yet edge-driven hard rock n roll sound for fans of Soundgarden, The Temperance Movement, Rival Sons & Monster Truck. They are joined by Tony Ho on bass and Scott Miller on drums.

Earlier this year, the band were announced as Planet Rock Radio Awards – Best New Band Nominees – a feat achieved despite having only released 2 songs.

Guitarist, Adam Mackie: “Save Me is one of the few songs on the album where we managed to put a different taste of all of our influences into one pot, and this is the great song which came out. It’s a song which has many different parts and flavours, but they all gel together seamlessly like they were meant to be. Writing it was awesome, rehearsing it is awesome, recording it was awesome, and playing it live is real awesome! The song crescendos to this point where we really captured the rock n roll sound that The Dust Coda is all about.”

Save Me is accompanied by a video featuring behind the scenes footage from the recording studio.

Album Tracklist – out on 27th Oct:

Previous article
Joe Knows What’s Next
Next article
Imploring You