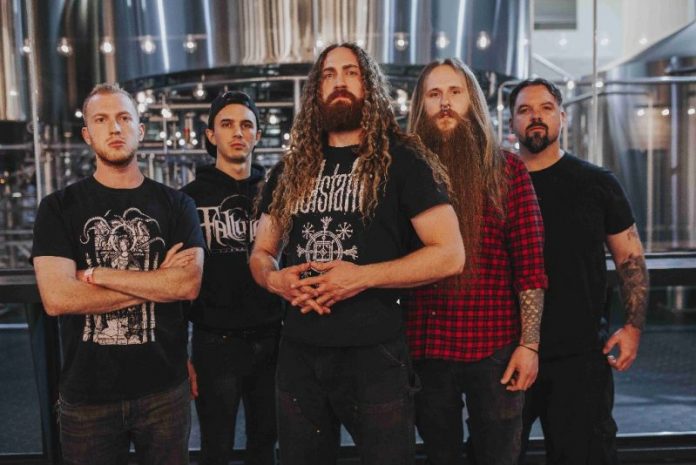 One in one out for band

BLACK CROWN INITIATE have officially announced the departure of longtime guitar player Rik Stelzpflug. Wes Hauch, formerly of THE FACELESS joins the band as his replacement.

“It’s a really rare and awesome thing if you’re able to find a group of dudes that you can genuinely get along with,” says Hauch.“It’s even more rare if your musical tastes and goals are congruent. I can definitely say that’s the case right now in Black Crown Initiate and I’m very grateful. Things are great and I’m looking forward to the the future.”

The band also released a new song today, the title-track to the upcoming album “Selves We Cannot Forgive”.

Listen to the song “Selves We Cannot Forgive” here:

The single is also available as instant-grat download & stream. Get it here: https://BlackCrownInitiate.lnk.to/SelvesWeCannotForgivePR