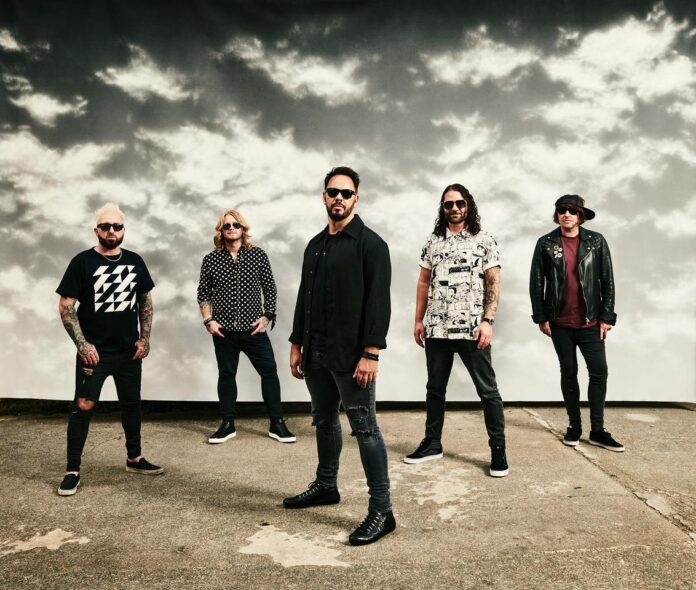 Modern rock’s unstoppable force Those Damn Crows have released new single “Wake Up (Sleepwalker)”, taken from their upcoming album ‘Inhale/Exhale’, out 17th February 2023 on Earache Records. A heavy-hitting tempest of a track that boasts the arena-filling sound of the likes of Alter Bridge or Shinedown, “Wake Up (Sleepwalker)” urges listeners to rouse from the slumber of modern society’s puppet strings.

Frontman Shane Greenhall explains, “It’s meant to be upfront and personal. It’s supposed to make you sit up and think about how we are all living in today’s society, where the rich are getting richer, and where tech giants are moulding us into whatever and however THEY see fit via technology and social media. Get your heads out of your phones. Look up, WAKE UP!”

Shane elaborates, “When coming up with ideas on how to tell the story of ‘Wake Up’, I remembered the scene in ‘The Matrix’ where Neo and Morpheus were in between worlds and talking in the white rooms, similar to the scene in ‘Willy Wonka’ where they zap the little boy into the TV. In the video we are in between the two worlds, “The Real World” and “The Tech World”. We hack the system as our message is transmitted to interrupt the algorithms that cleverly influence us while being led by the corporate and tech giants, fuelled by greed and false news, via the portals that they use on us – our smartphones, TVs, tablets, billboards – anything with a screen.”

Watch here or by clicking below.

Bridgend, Wales locals, Those Damn Crows have gone from strength to strength since achieving an official UK Top 15 Album with their second record ‘Point Of No Return’ [2020], even winning Bridgend Mayor’s Annual Citizenship Award in recognition of bringing the community together via their popular weekly videocast, CrowCast.

‘Inhale/Exhale’ was recorded at the picturesque Vada Studios (built within a 13th Century chapel amongst 20 acres of rural Warwickshire) and in the beating heart of their Welsh homeland at Giant Wafer Studios, with producer Dan Weller (Enter Shikari, Monster Truck, Bury Tomorrow) and mixer Phil Gornell (Bring Me The Horizon, 5 Seconds Of Summer, You Me At Six) capturing this next evolution of the band.

Shane shines a light on the concept from which the album grew: “The album is talking openly and honestly about how we react as individuals to our life’s surroundings and experiences. Have you ever noticed when you experience an emotion that your breath changes? We all must learn how to breathe in certain scenarios.”

He continues, “How we respond is sometimes more important than how we react in those unpredictable scenarios. We can all breathe, but how we breathe and the manner in which we inhale, exhale can literally change how we feel in that moment.”