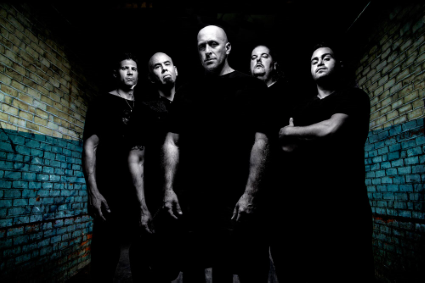 A concept album, lead guitarist Erik Barath explains “Black Hearse Serenade’ tells a story, set in Southern California, about a broken man, his congregation of runaways, junkies and lost souls and a murderous path to finality. A childhood filled with embarrassment and shame, born of religious zealotry and an overbearing mother, that broken child has now become a man.”

The artwork for “Black Hearse Serenade” was illustrated by world-renowned dark artist Sam Shearon. Shearon’s countless creations include cover art for many popular mediums, including album art for bands such as MINISTRY, BIOHAZARD, ROB ZOMBIE, and more.

Barath states: “The art reflect the theme that religion can be used as a weapon by those who dwell in its darkest corners.”

The bulk of “Black Hearse Serenade” was recorded at Dexters Lab Recording, the studio owned and operated by Nick Bellmore (otherwise known as Nicholas T. Rage from Toxic Holocaust, who personally engineered and mixed the album). All of Erik Barath’s lead guitars and piano/keyboard parts were recorded in Cyprus with Philip Zilfo. “Black Hearse Serenade” was mastered by Jeff Lipton at Peerless Mastering.

The album marks a change for the band and is a little bit special. Believe us, we’ve heard it. Review will be up next week. For now, check out this track.