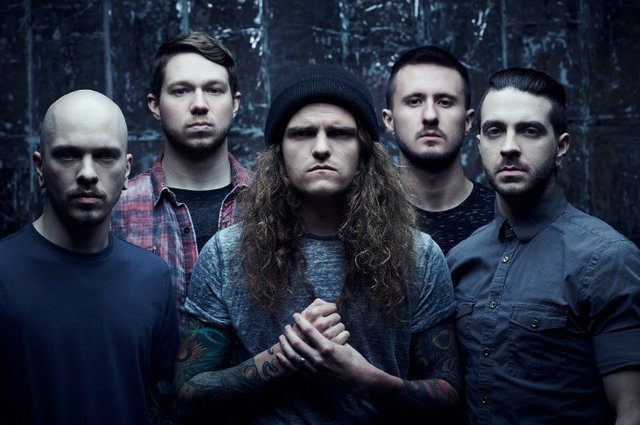 With the release of their sixth full-length studio album, Shadows Inside, less than a month away, Metalcore heavy hitters MISS MAY I are thrilled to unleash their new music video for the record’s title track.

Slated for a June 2 release on the band’s new label, Sharptone Records, Shadows Inside is the follow up to Miss May I‘s critically acclaimed efforts ‘Deathless‘ and ‘Rise of the Lion‘, which debuted at #5 & #6 on the Billboard Rock Charts, respectively.

Speaking about the title track for Shadows Inside, MISS MAY I lead vocalist Levi Benton states, “Not only does this song open up our new record, it also sets the tone for the record. This album is all about changes throughout life, good and bad. It’s about the past that lives within everyone; their ‘Shadows Inside’. The lyrics talk about how great new things can give light to your past and put you in a better place.”

Sharing some details about the creation of the music video for “Shadows Inside“, Levi adds:

“We have quite a few videos and we’re always trying to change things up. With this video for ‘Shadows Inside’ we not only wanted to recreate the cover of the record in real life, but we also wanted the performance to be abstract. We had black lights and used old lens effects from the 90’s to achieve a very classic look and something totally different for us.”

In addition to the band’s new album, MISS MAY I have begun a six week North American headlining run with dates in both the US and Canada supporting the release. The Canadian run will feature support from Obey The Brave and Auras, with Upon A Burning Body, Kublai Khan & Currents joining them in the US. A complete list of shows on the tour can be found below.

Previous article
Winging It
Next article
REVIEW: ALESTORM – NO GRAVE BUT THE SEA (2017)