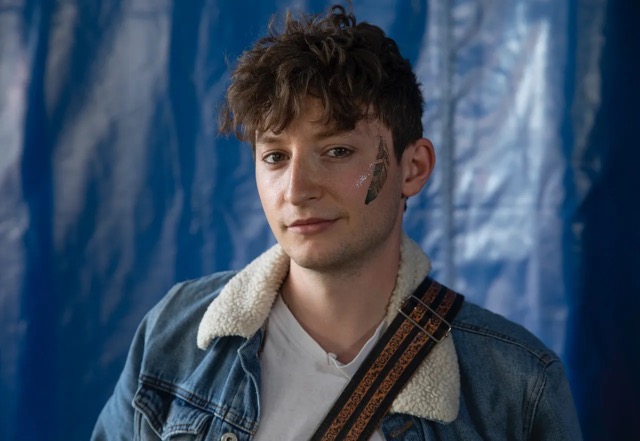 The astute lyrical observations and folk-pop style of Jack Valero’s first two singles ‘Heaven Help Me’ and ‘Hollow Warmth’ have seen the singer-songwriter inspire comparisons to Tom Petty and Elvis Costello, as well as airplay from 6 Music and Radio X. Today, Jack shares his third and final episode in his first video trilogy with: ‘Form Over Function’.

‘Form Over Function’ finds Jack lamenting a love that never was, his voice shimmering with equal parts pain and power in a modern take on the torch song tradition – his conversational lyrics set to a very English take on Americana. The gentle strum of his acoustic guitar combines with mournful piano to build an hypnotic elegance over the song’s six-minute journey. Jack’s opening words immediately set the tone of overwhelming loneliness as he sings, “Walked into the crowd to be alone.” Its hook is similarly affecting: “If you ain’t gonna see me tonight, there really ain’t much I can do… but I never thought I’d leave here without your love.”

‘Form Over Function’ completes the video trilogy that Jack started with recent singles ‘Heaven Help Me’ and ‘Hollow Warmth’. While those visuals found Jack portraying characters wedged between isolation and eccentricity, this new clip takes a different approach. Jack plays himself, a young man who reacts to the song’s tale of heartbreak by retreating away from the world. While it provides some fun easter egg flashbacks to his previous videos, it also poses a bigger talking point. Can you tell if someone is secretly struggling? Or if they are hiding their troubles under a facade?

Speaking about the video, Jack says:

“The final video in the trilogy explores the juxtaposition between the person and the performer in all of us and revisits some favourite characters. The last two videos have given the feeling of peering into a character’s most private moments, seeing their fears and anxieties. You can never know what bubbles away beneath the surface of someone and so here we blur the line between the character and showing my own vulnerabilities. I’ve talked about mental health before, but never gone too much into my own struggle with it. This video is the first time I tap into that without the safety net of a character to hide behind.”

All of Jack’s first three singles were self-written and recorded at Echo Zoo Studios, Eastbourne with producer Dave Izumi. ‘Form Over Function’ is Jack’s second video to be directed by Edoardo Cimatti after ‘Hollow Warmth’.

Jack Valero was first inspired to play music following a childhood obsession with the ‘Guitar Hero’ game. He recalls asking his parents, both veterans of the indie music scene, if they had heard of some songs in the game, which unsurprisingly they had. After expanding his tastes by exhausting their record collection, he started playing his own music in a classically scrappy teenage punk band, before forming the indie band The RPMs, who signed to Xtra Mile and performed at SXSW and Glastonbury.

He felt very lost when the band eventually broke up and his situation was made worse by the first lockdown that soon followed. But step-by-step he got his mojo back, a mix of solo livestreams, songwriting sessions and working shifts at his local Covid testing centre getting him back on track. His new songs emerged with influences from Tom Petty to Sam Fender and DMA’S.

Having previously toured as guest to Will Varley, and fresh from a first foray to the US as a solo artist, Jack is now set to play the following shows this November.

With his new single arriving today, Jack is now preparing for live dates in Sheffield, Hull and Manchester throughout the month in support of the release. Full dates and details can be found below.

(with Kelley Swindall and Adrian Oxaal from James)

(with Evan Williams and Kelley Swindall)