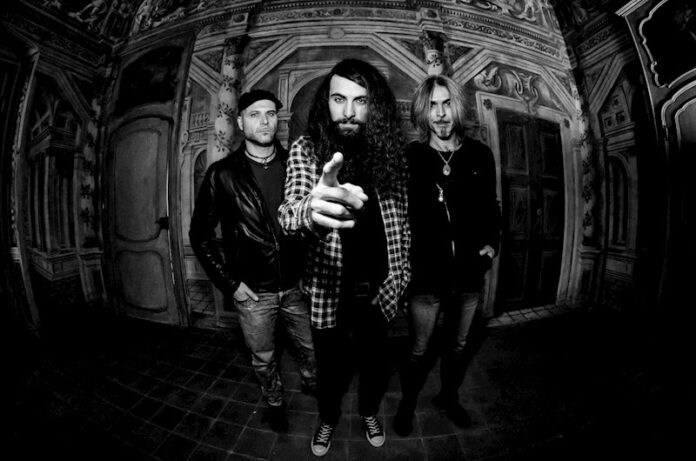 Italian alternative rock band GUNASH recently released their latest album, All You Can Hit on all digital platforms via Golden Robot Records and now the band have released a new single from the album, ‘Predators (feat. Nick Oliveri)’

The song ‘Predators’ is the third single off the album and features vocals from legendary stoner rock icon Nick Oliveri (Queens Of The Stone Age, Kyuss, Mondo Generator), who interpreted the song with his unmistakable style and wrote his own alternative version of the lyrics. The song tells us that there are many kinds of predators in the world, but their purpose is only one: to take our life, in every meaning of its concept.

GUNASH’s album title, All You Can Hit, is a play on “All You Can Eat,” a trend that many restaurants have adopted and that the band consider one of the many examples of spreading consumerism into our society. Musically, the album is enhanced by legendary musicians such as Nick Oliveri,Derek Sherinian (ex- Dream Theater, Billy Idol, Alice Cooper, Sons Of Apollo), the cello of Marco Allocco (Pavarotti & Friends, The Berliner, Quintettango) and the harmonica of Tom Harp Newton.

Watch the making of ‘All You Can Hit’ HERE