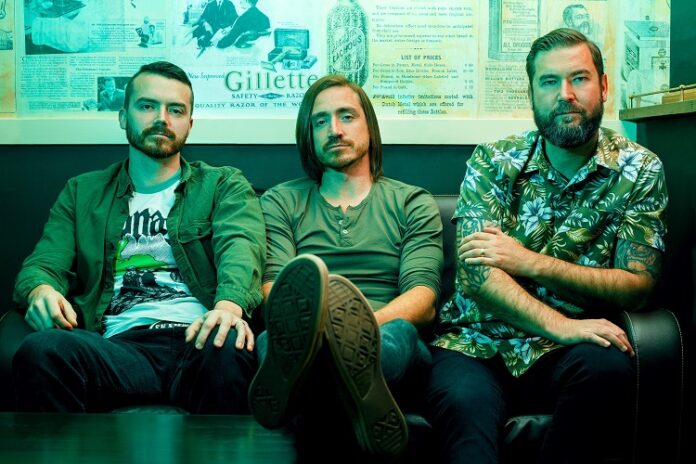 SKAM release new EP ‘Venous‘ on the 1st October, out on X-Ray Records.

After hitting the UK rock chart at number 6 with their recent EP Intra, powerhouse UK hard rock trio SKAM keep the pedal down by releasing their second EP ‘Venous’ on 1st October.

The vision was to release 2 separate EPs rather than a full studio album. This approach means the band were able to spread out their releases over a year rather that in one hit. ‘Venous’ is the second part of a 2 EP collection and completes this vision that the band had.

Steve from SKAM had this to say: “We are totally excited for people to get their ears around Venous. Knowing we had a second release penned for this year, we decided to hold back some killer tracks. Lyrically, the songs follow the same theme of human conditions and experiences. We have really tried to push the envelope of the SKAM sound on this one and there is something there for fans both old and new. You will hear hard hitting bangers typical of the sound SKAM are famous for, but also some curve balls in the form of a power ballad and a 90s style grunge track!”

The record closes with ‘The Cure’, which is a dedication to Steve and Neal’s mum, who sadly passed away from cancer last October.
Neal writes, “We, like many, suffered at the hands of this terrible illness, but we found solace in knowing we are not on our own. With millions of people across the globe going through a similar tough time, we wanted to write a song of hope and sympathy for anyone affected by cancer. Turn it up loud and think of those you love.“