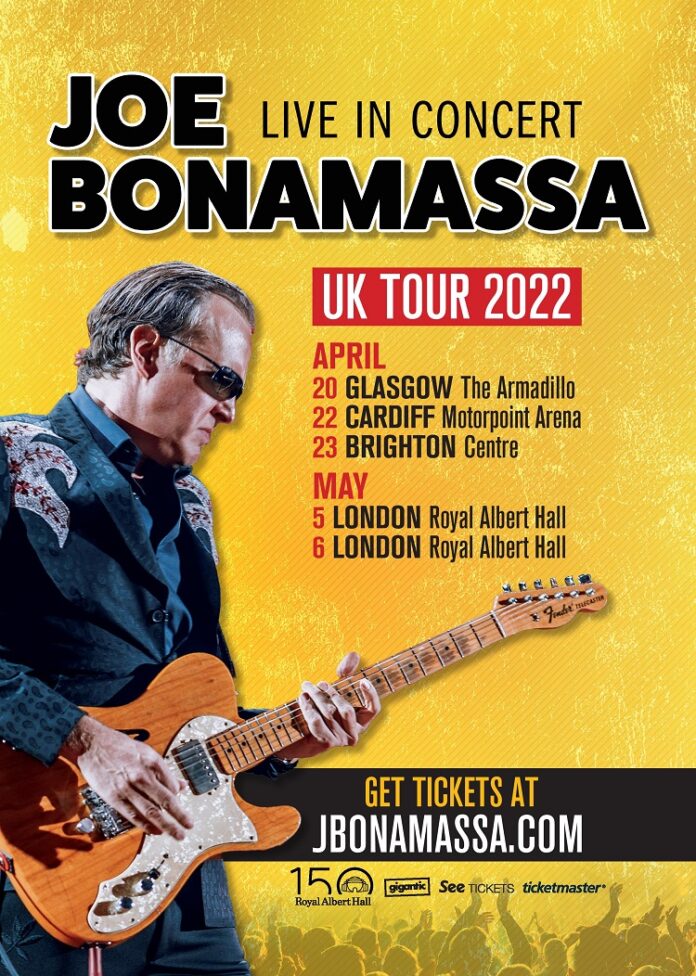 Today, Joe Bonamassa launches the official animated music video for his new single “Mind’s Eye” taken from his critically acclaimed album “Time Clocks.” The stunning video, which is a homage to the animated style of the Beatles’ Yellow Submarine and the prog rock videos of the 70’s, is released during the lead up to Bonamassa’s UK tour which starts April 20th and runs until May 6th.

Continues Weisman, “The song has a very Pink Floyd feel so the video needed to step up and meet that unique vibe. The whole Time Clocks record is about a journey and “Mind’s Eye” gives you a fun glimpse of what could be swimming around in inside someone’s mind.”
Celebrated blues-rock guitarist and singer-songwriter Joe Bonamassa returns to tour the UK for the first time in three years, when he performs five concerts in April and May 2022, including two nights at the legendary Royal Albert Hall on Thursday 5 May and Friday 6 May.

Joe’s 2022 UK tour will feature the guitarist performing alongside a hand-picked group of world-class musicians playing songs from his forthcoming studio album “Time Clocks”, as well as tracks from his vast catalogue of albums such as “Royal Tea”, “Redemption”, “Blues of Desperation” and “The Ballad of John Henry”, plus classic Bonamassa fan favourites.