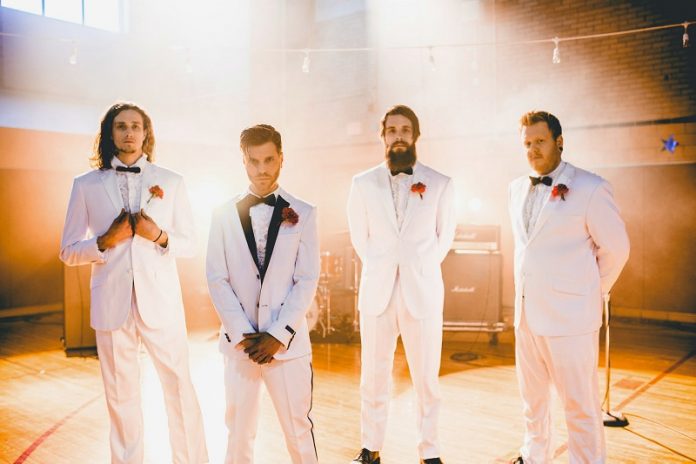 Boston, MA’s Ice Nine Kills are excited to announce their first tour in UK & Europe. In support of their album ‘Every Trick In The Book’ the dates follow a run on US Warped Tour where they were crowned as one of the breakthrough acts of the summer.

Frontman Spencer Charnas states “Our long awaited journey overseas is finally a reality. The international INK fans have waited patiently for years and the time has come to give them what they’ve been dying to see.”

Inspired by iconic stories throughout literature, ‘Every Trick In The Book’ is much more than a typical 10-track collection. Ice Nine Kills seamlessly weaves aggressive post hardcore with soaring theatrical melodies, utilizing multi-textured guitar hooks, a dual vocal attack, complex orchestral arrangements and a pummeling rhythm section. With their unmatched songwriting reputation and love for story-telling, the band reflects on the dark side of such classic stories as Dracula, Romeo & Juliet, Dr. Jekyll & Mr Hyde, Animal Farm, and more, creating vibrant narratives mixed with the band’s trademark sound.

ICE NINE KILLS – Spencer Charnas (Vocals), Justin “JD” deBlieck (Guitar), Justin Morrow (Bass), Conor Sullivan (Drums) – Through the art of intricate song writing and elaborate story telling, Boston MA’s Ice Nine Kills have the ability to engage and captivate listeners, winning over a fanatical legion of followers across the nation. The drive and dedication of Ice Nine Kills has made a lasting impression on fans both sonically and through their explosive live show, creating a kinetic energy through each performance. Armed with a new collection of songs, Ice Nine Kills stand poised for their biggest chapter yet.