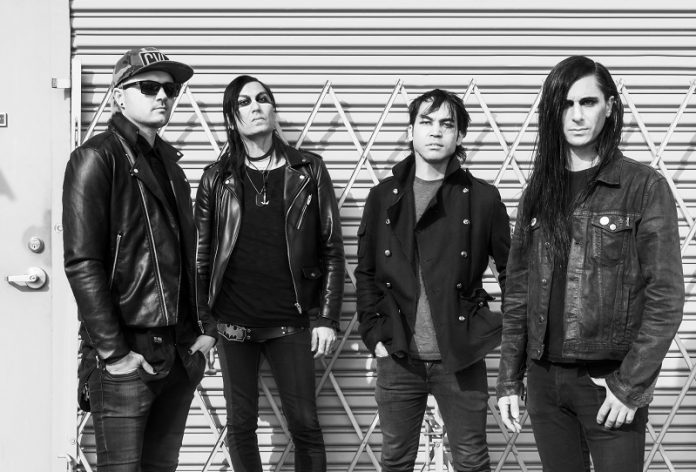 On tour with Killing Joke and new album out, now there’s a video too

Directed by Brian Cox of Flarelight Films, the video for ‘Ick Switch’ is “a ‘prequel’ of sorts to our first single, ‘Warm Bodies,’” tells DVH’s frontman Reyka Osburn.  That video (https://youtu.be/zpEUeOCCjAQ) is a NSFW romp that features a girl desperately fleeing zombies, while the clip for ‘Ick Switch’ combines live-action footage of DEATH VALLEY HIGH with grainy images of butchery and body parts.