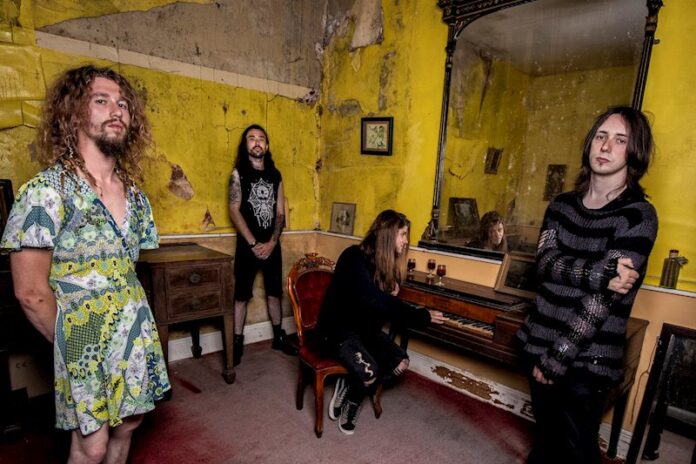 Check out the video here: https://www.youtube.com/watch?v=qiF4WiHuhZg

Irish Rockers, Vendetta Love continue to preview their forthcoming EP, ‘I AM’ with another single, ‘Hush Hush‘ on Thursday, 16th June.

The ‘balls-out’ old school approach of Vendetta Love is beginning to take hold with growing respect from media and fans alike, across the UK, Germany, America and Canada. The independent DIY band has been ferociously working on new material and playing as many shows as they can since the start of the year and are setting their sights for the release of their new EP in the coming months.

The new single, ‘Hush Hush‘ sees the band continue with their heartfelt, honest and painfully catchy anthems, as the track swells into a stadium-sized juggernaut. Speaking of the new single, vocalist, Shawn Mullen commented: “I don’t wanna ruin this song for anybody by giving away my reason for writing it, so I guess it’s up to the listener what it’s about. It really came to life in the studio. We’re all so happy with how this song turned out. I love Neil’s backing vocals towards the end. Very short, snappy vocals but they brought that section up a level. I’m pretty sure Darren [Drums] gets pissed off anytime we don’t put it in the set too, and that man is a hard dude to please, so I think that says something. We’re really looking forward to people hearing this one.”

Guitarist, Chris Craig adds: “From a musical standpoint, this track was already well wrapped-up long before I joined the band back in 2018, but when we started to jam it (with having the advantage of both guitars) I decided to throw in a little dual lead harmony on top of Shawn’s lead in the solo section. The intro on this is one of my favourites out of all our tunes, the bass really takes the lead for the first section and I’m nearly sure Neil [Bass] nailed that in one take in the studio last summer.”

‘Hush Hush‘ will be available on all streaming platforms from June 16th. Please find more information on Vendetta Love, via this link.