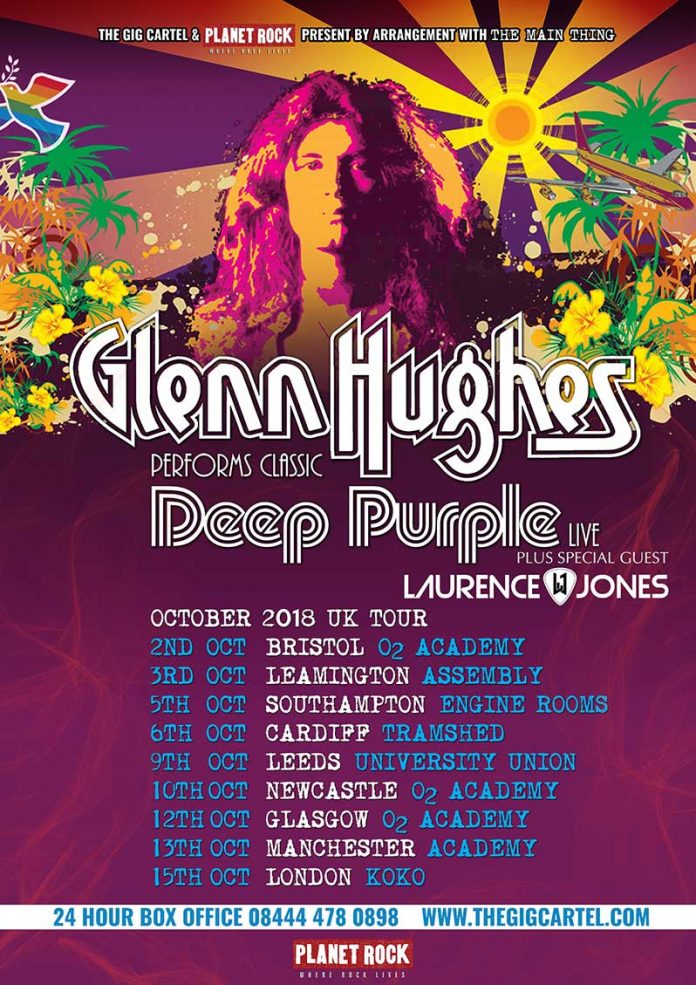 Glenn Hughes, the former bassist and singer of Deep Purple, known to millions as the ‘Voice of Rock’, Rock and Roll Hall of Fame inductee, and the current front man for rock super group Black Country Communion, kicks off his “GLENN HUGHES PERFORMS CLASSIC DEEP PURPLE LIVE” Irish & UK tour in Belfast this Saturday (29 Sep) and in Dublin (30 Sep). This will be the first time ever that Glenn Hughes performs Deep Purple material in Ireland. He then will continue on to the UK with special guest Laurence Jones.

The eleven-date tour promises to be a dynamic, turn-back-the-clocks, two-hour live extravaganza homage to his tenure in MK 3 and MK 4 incarnations of Deep Purple – one of music history’s most seminal and influential rock and roll groups.

Tickets are available from the 24 HR ticket hotline 08444 780 898 or www.thegigcartel.com for the UK dates and from www.seetickets.com for the Irish dates.

“I’m excited to be touring the “Classic Deep Purple Live” in Ireland and the UK this September and October. I first toured Classic Deep Purple Live in Australia and New Zealand last year and it went down like a storm. We’re also touring the show throughout South America in April, and festivals throughout the summer. By the time we tour the UK in October, we’ll be on fire.”