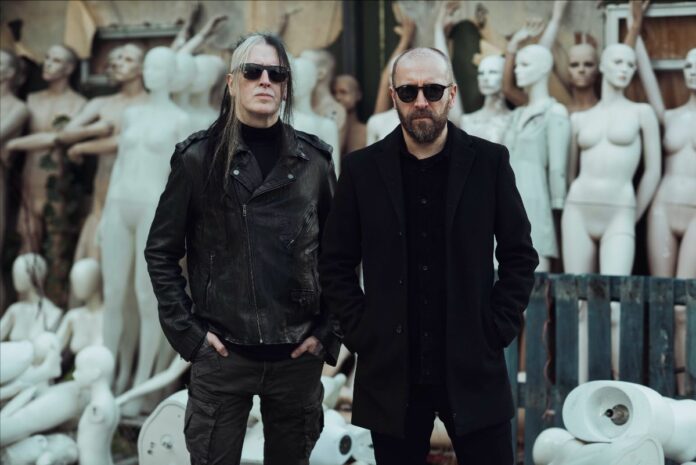 HOST, the new project from PARADISE LOST vocalist Nick Holmes and guitarist Greg Mackintosh, have signed to Nuclear Blast Records and announced their debut album IX, for release on the 24th February. To coincide with the announcement, HOST have released a video for their first single ‘Tomorrow’s Sky’, a cascading, synth laden track driven by an insatiable pop vocal hook. The video was directed and produced by Ash Pears of AshTV.

Stream ‘Tomorrow’s Sky’ on all platforms now at: https://bfan.link/host-tomorrows-sky.ema

In relation to the project itself, Greg Mackintosh comments: “HOST is something that I had in mind for a few years but never had the time to do it justice until now. It’s taking the concept of what we attempted to do on the PARADISE LOST album ‘Host’ but approaching it in a modern context. It’s part 80s goth, part electro , part rock but none of them specifically. The emphasis is on hooks and atmosphere. It’s quite a challenge to make miserable music catchy and hopefully we’ve achieved that to some degree.”