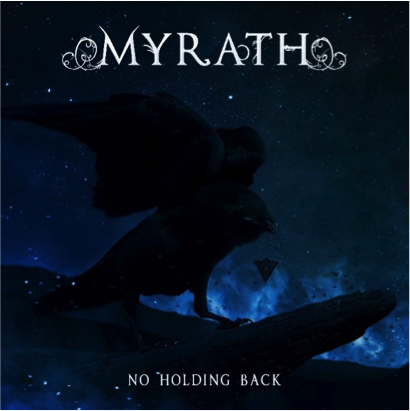 The impressive video takes the viewer back into the enchantingly exotic world of adventure, that, through the previous videos of “Believer” and “Dance”, has been an integral stepping stone in MYRATH establishing themselves as one of the most fascinating bands in the current international metal scene. “No Holding Back” is the cinematic grand finale in the trilogy surrounding the three videos. It is the final instalment of a tale that shows the band members as avatars fighting for a peaceful world and for those who stand up against oppression in a world full of uncertainty. “No Holding Back” shows that the band not only displays a high sense for wonder and storytelling, but their undeniable musical finesse and ability to combine powerful melodies with strong lyrics stands obvious above all.

The first live performances in 2019 will take place at the legendary SWEDEN ROCK festival and the WACKEN OPEN AIR. These performances promise to become magical events that will give fans the opportunity to enjoy the songs from Shehili for the very first time live.

“Shehili” will be released as a CD Digipak, 1LP+Download and Digital on May 3rd, 2019 on earMUSIC.

Listen to “No Holding Back” here: https://myrath.lnk.to/NoHoldingBack