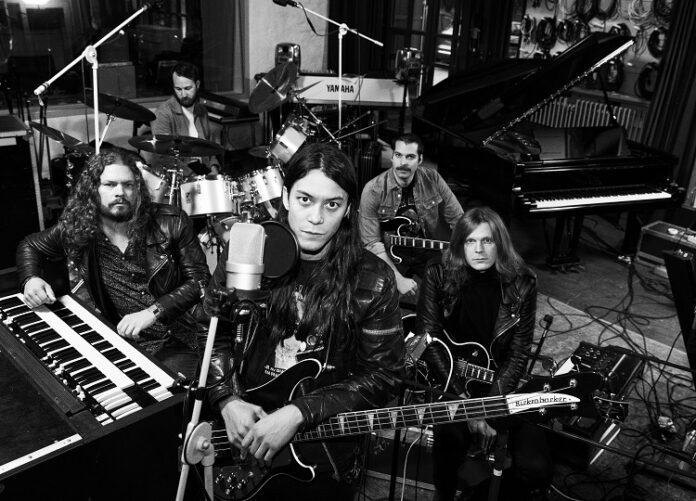 To enter the mystical universe and get a first glimpse of what lies ahead, the Swedish five-piece has already unveiled the first two songs – the first single “Earl’s Theme”, together with a new video, and the bonus single “Stygian Depths”, today. “Earl’s Theme” starts off with an evocative guitar intro and a focus on Tommy Alexandersson’s unique vocal tone as retro synths develop the song dynamically, drawing the listener into a thrilling cosmos between fantasy and sci-fi, while “Stygian Depths” takes that emotion straight from the first notes and evolves into an anthem exemplifying the band’s brand: Adventure Rock!

HÄLLAS on “Earl’s Theme”:
“When you finally take the step and say to yourself: This is the way I want to live. Then he turns up – The Earl – and this is his song.”