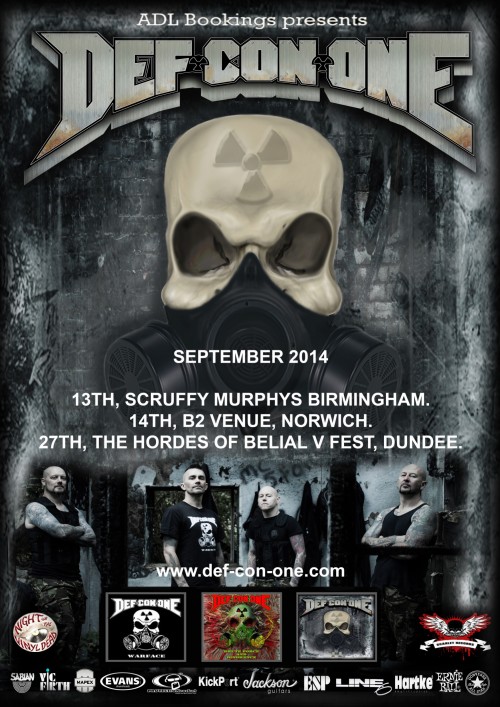 Def Con One – Touring partners of Biohazard just month – are on tour this week.

Brit metal troupe Def Con One will be playing the following headline shows this month, who were formed by former Venom drummer Antton Lant – and who promise to be powerful, groove-fuelled metal of the heaviest order, are on a whistle-stop tour, with two dates this week.
Saturday 13 September – Scruffy Murphy’s, Birmingham
Sunday 14 September – B2 venue, Norwich
Saturday 27 September – Hordes of Belial V festival, Dundee
The band released their second album “II” earlier this year via Scarlett Records and have been likened to “a bar fight between Pantera, Machine Head and Slayer.”
All of which sounds like tremendous fun to us at MVM
Check out www.def-con-one.com for the latest videos, press and news!