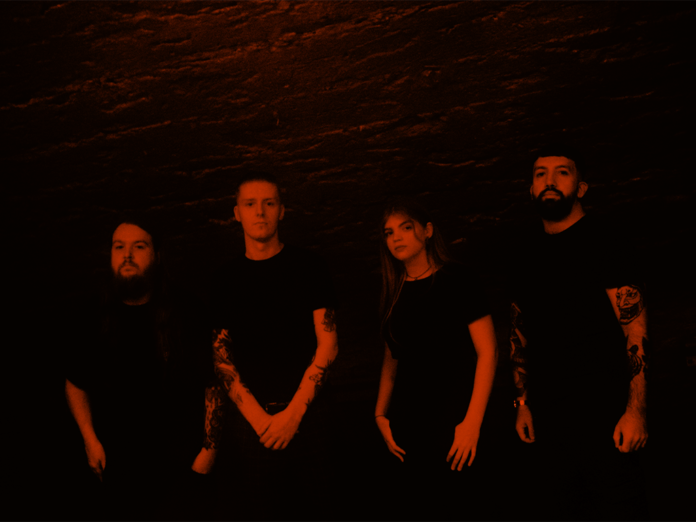 New metal group HERIOT have announced their debut EP, Profound Morality, due 29th April via Church Road Records. In recognition of the news the quartet have released their scorching new single ‘Coalescence’.

HERIOT will be supporting Rolo Tomassi on their February UK tour, alongside Pupil Slicer. Dates as follows:

HERIOT are a blistering, vicious, visceral new group, having made their mark with their titanic singles ‘Dispirit‘, ‘Recreant‘, ‘Cleansed Existence‘, ‘Near Vision/Enter the Flesh’ as well as their monstrous cover of Machine Head‘s ‘Ten Ton Hammer‘ over the course of 2021.

The band’s output across the last year has led to heads being turned across the metal world, all blown away by HERIOT‘s unrelenting take on the new heavy. Fully-focused and with a razor-sharp edge, the awe-inspiring double-vocal attack of Jake Packer and Debbie Gough on vocals is all-conquering; the titanic support of Erhan Alman (guitar) and Julian Gage (drums) rock-solid.

HERIOT have deservedly been grabbing attention with all four pairs of hands, weaponising metallic sludge and hardcore, unholy levels of distortion, speed and gut-punching talent. Elements of Nails, Knocked Loose, Code Orange, and Vein combine and collide to exhilarating new effect, to create a new sound that is truly groundbreaking, fully worthy of the notice the band are achieving.

In their short recent history HERIOT have caught the attention of Metal Hammer, Rock Sound, Brooklyn Vegan, Kerrang!, Revolver, and Knotfest, among many others. Acclaimed as “one of the most promising young bands in modern metalcore”, HERIOT have recently supported Svalbard on their UK tour and will be performing at both 2000trees and Bloodstock festivals in 2022.