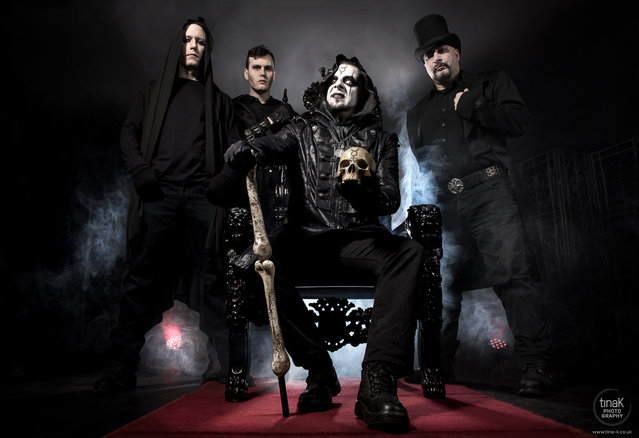 THE HERETIC ORDER have unveiled a lyric video for “Forest Of The Impaled” from the upcoming new album ’Evil Rising‘ due out on June 22, 2018 on Massacre Records.
Check it out here:

“Forest of the Impaled” lyric video was created and edited by the Lord Ragnar himself. The song describes the feelings and nightmare vision that befalls an Ottoman soldier who encounters the forest of Impaled victims ordered by Vlad III of Wallachia, on their invasion of Transylvania 1460s

Having played in some of the major metal festivals and toured extensively in the UK the band expanded their reach playing their first European tour with Dave Vincent‘s I Am Morbid And Necrophagia last year. Still touring the wickedly awesome debut album ’All Hail the Order‘, released at the end of 2015 through Massacre Records, THO are putting the finishing touches to their follow-up album, with plans to release after the summer. Stay tuned for more news in the near future.