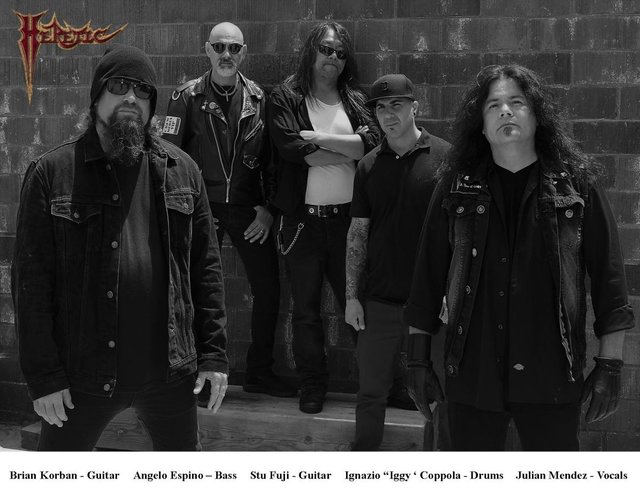 Heretic has just completed recording their forthcoming release entitled “A Game You Can Not Win” with a release date of October 27th on Dissonance Productions.

Heretic was born during the early 80’s Metal scene in Southern California. They were one of the top acts in the LA area. This drew the attention of Metal Blade Records who went on to sign them.

They were first featured on the Metal Massacre 7 compilation. Later they released the EP Torture Knows No Boundary, and the full length LP Breaking Point.

After the release of Breaking Point the band split up when their lead singer joined the band Metal Church. Instead of continuing on guitarist Brian Korban, and bassist Dennis O’Hara went on to form the band Reverend with former Metal Church singer David Wayne. 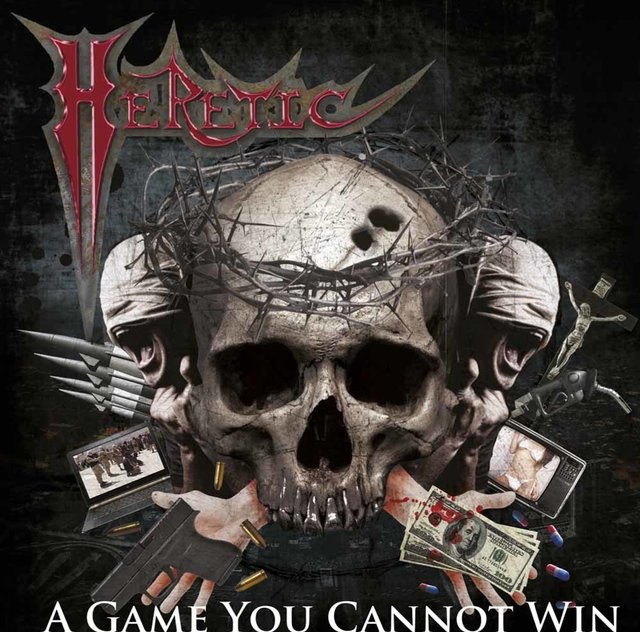 Flash forward 20+ years, Heretic is back with their Classic Metal/Thrash sound. The band released “A Time Of Crisis” on Metal On Metal Records in 2012, their first release in over two decades.

Angelo/Heretic comments:
Heretic is proud and excited to become part of the Dissonance Productions UK family. We are honoured to be associated with a record label that has such a great line up of “Classic” metal acts. We are eager to dig in and get our hands dirty. Cheers!!

Steve Beatty/Dissonance label boss comments:
I am stoked to have this great band on the label. This record blew me away and is a fast lane favourite. I hope I don’t get another speeding ticket! A combination of precision and muscle, not to be messed with!