Here Is The Rews 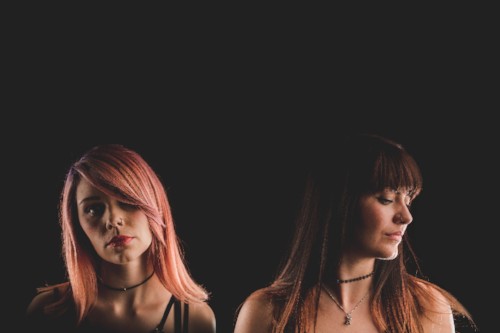 The new single ‘Shine’ from hotly-tipped female rock duo REWS is out now.

The release comes due to unprecedented early radio support from BBC Radio 1 with Huw Stephens, Kerrang Radio with Alex Baker, Planet Rock and Today FM (Ireland) – all of whom instantly started playing the track this week.

The single is available to buy and stream now on all major platforms, including iTunes, Apple Music, Spotify and Amazon. The enticing official video is available to watch on YouTube and Facebook. The track is taken from their forthcoming debut album Pyro, which is out on Marshall Records on November 3rd.

The band’s previous single, ‘Miss You In The Dark’, was released on 23rd June to coincide with the band’s performance on the John Peel Stage at Glastonbury Festival. Since this critically acclaimed performance, the momentum and support for Rews has been growing exponentially. Mark Radcliffe from BBC 6 Music named Rews as one of his highlights of the festival live on BBC TV’s Glastonbury coverage, describing them as a “female Royal Blood.”

Prior to Glastonbury, Rews had already been played on Radio 1 and Radio X, been Huw Stephens ‘Pick of the Week’ and nominated for Planet Rock’s Best New Band in 2017.

To find out more about Rews visit www.rewsmusic.com