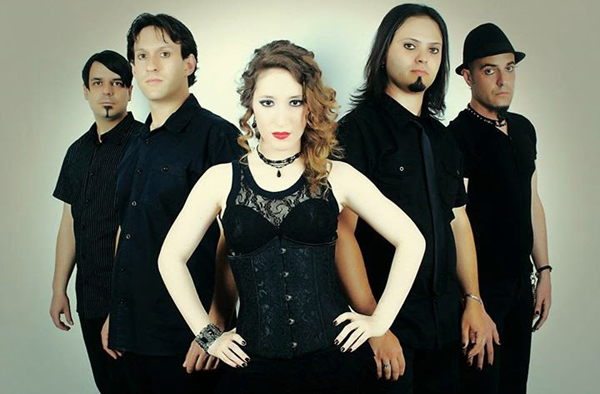 Spanish gothic metal/rock combo Rainover (www.facebook.com/rainoverband,www.twitter.com/rainoverspain ) has announced a set of UK dates in support of their latest album, “Transcending The Blue And Drifting Into Rebirth”, released last year by Wormholedeath to critical and public acclaim.

Highlights of the tour include a co-headlining position at the Quinphonic Festival (Birmingham) and a participation in The Dames of Darkness Festival (Bilston), which is, after four very successful editions, the biggest festival of the genre in the UK, counting with bands like Sirenia or Leaves’ Eyes, with whom Rainover shall be sharing the stage.

To celebrate their first landing in UK shores, the band has released a special edition of t-shirts, a collectors item that has been printed to a very limited amount and that you can still find at the band’s online store: http://rainoverwebshop.bigcartel.com/product/special-uk-tour-t-shirt
Rainover have also released a special video presentation of the shows that you can watch here:

Below there’s a list of the shows, including information and ticket links.