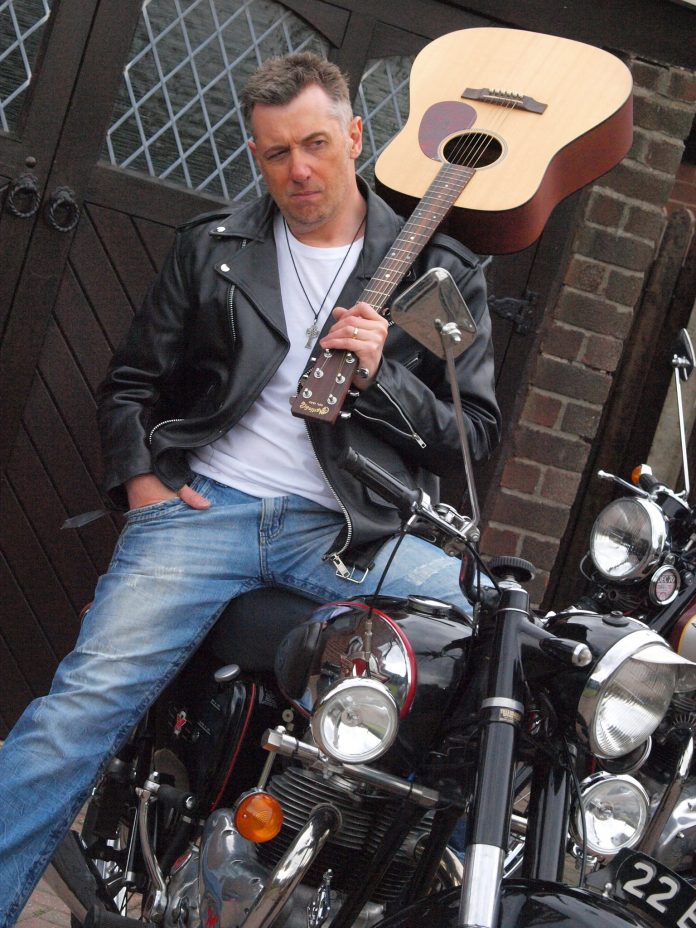 In the first in a series of articles with the band, Helles Belles’ Paul Quigley tells us why he will never sign to a major label

There are those that tell you that the record industry is dying. Somebody somewhere will probably tell you this week that rock is dead, that no one is buying records, that we are all illegally downloading, that we are all obsessed with mp3s and ipods.

If that’s true no one told Paul Quigley of HellesBelles. He’s been around for decades, hell, he formed the original Hells Bells back in the 80s from the ashes of seminal punk lords Discharge, along the way he’s even been in Girlschool videos. In short, he knows the score, and there are few artists knocking around better placed to give his thoughts on what we might call “the State Of The (Metal) Union.” So you best take notice when he gives this view on the way things are. “I think it’s the same as it ever was. There were always hundreds and thousands of band and artists out there and it has always been something of a lottery. Which is a shame, as I know a lot of great talents which never broke through,” he says, before adding quickly. “But then again, it’s not so much about that, it’s about the artist creating worthwhile music. If that’s not there, then no amount of industry attention can make bad music into good music.”

Instead he pours scorn on “the industry” itself, forcefully explaining that “the record industry hasn’t changed. It’s full of sharks. There are still ‘breadheads’ out there that want to exploit naïve artists.

Indeed Paul offers this advice to new bands. “It’s simple,” he explains. “Forget about ‘getting signed’ these days, being unsigned is the new ‘indie’ label of tomorrow – once you sign up with a corporate, you’re finished. “

Not surprisingly for a band that has 200,000+ twitter followers, Quigley is quick to stress the importance of the internet, saying: “that has changed everything.”

Paul does agree with one part of the bleak hypothesis we posed right at the start of this, explaining: “The collapse of the value of recorded music has made the business model quite fluid too, so no one-size-fits-all anymore.” In this brave new world though, this only creates opportunities for artists that are willing to grab them with both hands: “The number of niche markets means you can be all but unknown in the mainstream and yet well established in the genre area that knows about the band and are loyal. So while the live scene has also been reborn too, it is more out of necessity than by design,” he reasoned.

There is much more to come with Paul as he looks back over his career, talks about the future….and lets us know just what it was like being in those Girlschool videos!