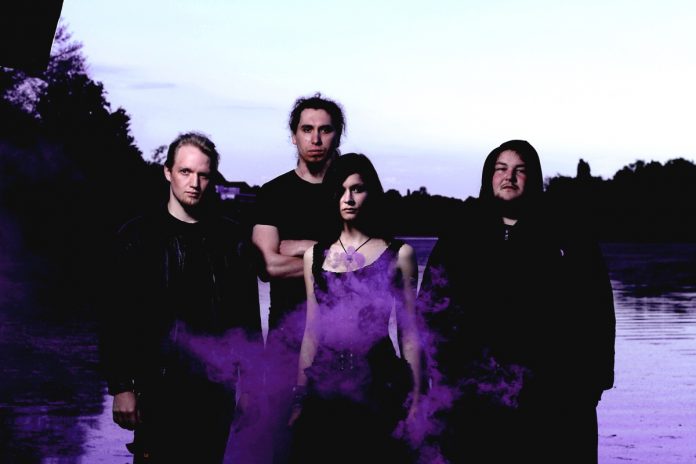 Readers of a certain age will doubtless recall the album Bonnie Tyler and Meatloaf sung duets. “Beauty And The Beast” it was called.

MVM’s mind wandered back to those heady days when we read the first line if the press release that accompanied this record.

“Where the voice of an angel meets the music of the devil.” It chirruped. Probably not about Bonnie and Meat. However this might be an accurate description of the sound of Dawn of Eternity.

Founded by the talented Singer Sara Seubert und guitar player Johannes Kittel, arisen from the ashes of their former project, “Buried Alive”, they became known in the metal scene in their native Germany.

Their sound could be described as a mix of meoldic death metal and goth, a combination of a clear beautiful voice and harsh death metal like and progressive instruments provided by Johannes Kittel, Sebastian Küpfer and Torsten Ossowicki. The singer, Sara, is just the icing on the cake.

As their first EP, “Catastrome” was published in 2010 there was a first glimpse of the energy to be seen, that is now to be felt in the music of Dawn of Eternity. Imediately one notices that you are listeing to a band that loves what they do and brings a lot of passion to the table. Their fans love, besides the hard metal music, the brilliant and unique mixture of Sara’s sophran voice and the harsh growls of Johannes Kittel.

After the release of their EP , “Catastrome”, the Band played all over Germany together with bands like Peragon, Gates of Dawn, Amorticure, Saint Astray and Eden’s decay. At the end of the odysee, they continued their work on the debut album, “Guilty”, that was recorded in collobaration with room4Records. Being “almost done” by the end of 2013, the perfectionist Sara Seubert took nearly three more months to perfect her vocals on the album, that was finally released in March 2014.

Right after the release they continued touring, with a lot of concerts in front of euphoric crowds. In October 2014 they supported the Dutch speed metal band Lord Volutre in the Czech Republic.

Finally in October 2014 Dawn of Eternity signed with the independant label
“NRT-Records” that re-released a deluxe version of the album ,Guilty, together with this video, late last year.