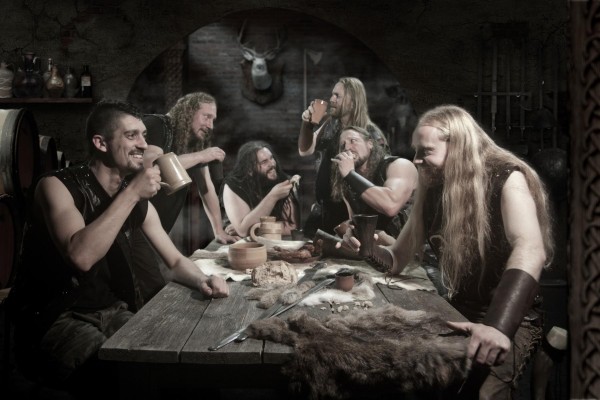 It might look a little Game of Thrones,  But rest assured the music will impress.

HEIDEVOLK are back with their new album and have revealed tasty details about it!

The Veluwe – which are mythical and utterly beautiful woodlands in Holland – serve as the setting for HEIDEVOLK`s fifth album, titled Velua.

The Pagan Folk metallers craft songs with anthemic folk parts, clean male vocals and gritty metallic moments, which provide the perfect soundtrack for the listener`s journey to the sylvan halls of Velua from March 30th in the UK & April 7th in US/CAN!

The band had this to say on their upcoming record: “With Velua we have created a unique storybook that tells you the tales of the most beautiful part of nature in the Netherlands and namesake of this album, the Veluwe. It brings you the wondrous, gruesome and weird tales about murderous brigands, deceiving wraiths, cursed souls and evil-minded goblins that roam the woods at night. Along with this dark folklore it sings the praises of the undying beauty of nature and the embers of early pagan traditions!”