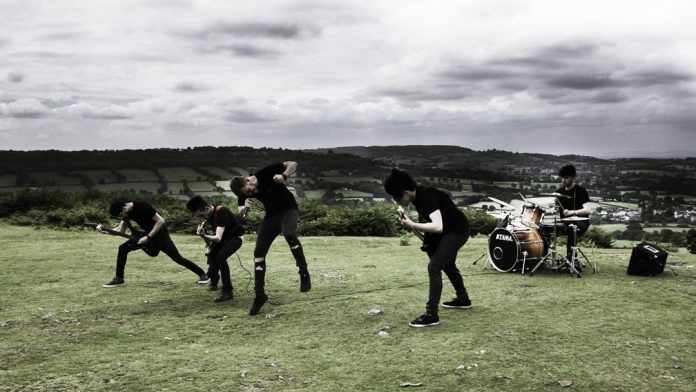 UK metalcore band Reign Eternal have released their new music video and single “Pathways”. The music video, Directed and shot by Robert Doran Films, has made its premiere on theMetalhammer website.

“Pathways is a representation of the daily struggles which we as the band and many of you out there have faced and overcome by taking certain paths in life. Whether that’s leaving an abusive relationship, financial issues, drug and alcohol addiction, or even prevailing against bullies. We want to get the message out there that regardless of the pressures people may be under or the battles they may be fighting. There are always options and choices out there however difficult they maybe to find.” says Ell Jones, vocalist.

Watch Reign Eternal‘s new Music Video for “Pathways” below and make sure to visit their online store.

“Pathways” is out now on all digital stores.

Reign Eternal is a five piece metalcore outfit formed in 2014 based in Exeter Devon UK.

After a triumphant return from their debut UK tour and with an unfaltering mindset, Reign Eternal are keeping their relentless momentum in full swing. With the premiere of a brand new music video, the band follow on from their critically acclaimed Debut EP ‘Premonitions‘ and an explosive year supporting the likes of While She Sleeps and Butcher Babies
with their new single ‘Pathways‘, marking the next steps in the band’s journey.

Previous article
Iron Out
Next article
Partial To Parsons