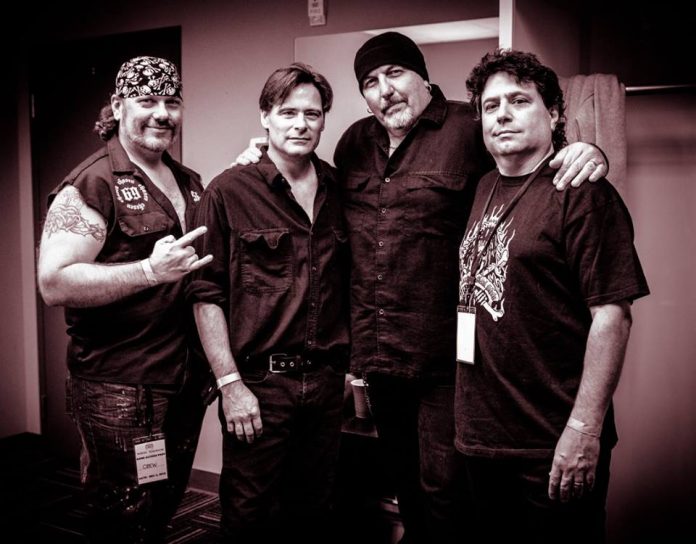 Richmond, Virginia-based rockers Red Reign are ready to unveil a brand new video, for one of the standout tracks from their self-titled EP – “Red Reign.” Specializing in a sound that recalls vintage rock and metal acts of the mid to late ’80s, the striking video and rocking song are a perfect representation of this fast-rising band, and can be viewed via this link:

“The song ‘Red Reign’ is about when a person is so pissed off and overwhelmed, that the anger is finally unleashed,” explains the band’s singer/guitarist, Carlton “Bubba” McMichael (who is also joined in the band by guitarist Stevie Shred, bassist Larry Moore, and drummer Sammy Lee). “It was really great working with Tim, Monica and the whole team at Aisthesis Productions on this video as they were able to capture the bands attitude and stage presence. We look forward to working with them again on future projects”.

Other standout tracks include “Not That Way,” which the band’s McMichael describes as “one of those songs that is about a love gone bad and then the girl realizes she made a mistake in our relationship and wants to get back into the same relationship she poisoned. But the guy has gotten over her and moved on.” A lyric video for the track can also be viewed here: www.youtube.com/watch?v=1bObJneh54U

Other tracks include “Chains” (“About the feelings of being held back and looking for that escape”), “Toxic” (“The feeling of hopelessness in a relationship”), and “What is Love For” (“About you pouring yourself into a relationship, knowing it’s not going to go far”), in addition to the aforementioned “Red Reign.”

In addition to the new music video, Red Reign will be hitting the stage on August 17th on a bill with Jackyl, at Phase 2 in Lynchburg, Virginia, and appearing on SUMMERBASH that will be held on Saturday, August 25th at Fiore’s Entertainment Complex in Wooster, Ohio. The event will feature Billy Morris and the Sunset Strip, Every Mother’s Nightmare and Red Reign.