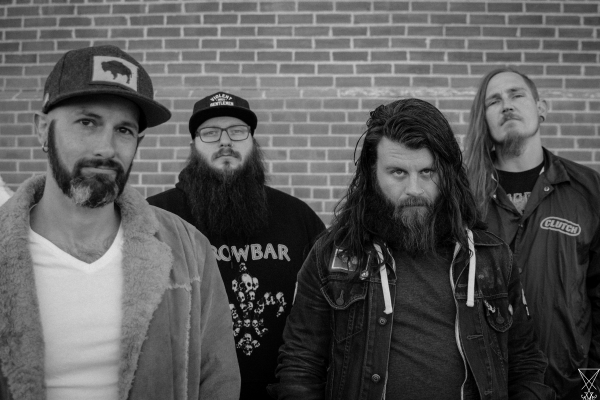 “Music that should be played during every Patrick Swayze bar-fight ever” just might be the most accurate description one could ever come up with to describe a band like BEASTWOOD.

BEASTWOOD have just dropped their new single and video ‘Heavy American Dirt’ on all digital platforms via Iron Head Records.

BEASTWOOD comes in strong on ‘Heavy American Dirt’ with sludgy driving guitars, complimented by groove laden drum parts throughout. Fuelled by gritty, powerful vocals BEASTWOOD deliver a track that rolls heavily through the territory occupied by Down, Clutch and Corrosion Of Conformity and they produce a sound that roams between stoner metal and southern rock with just enough to sludge to top off the heaviness.

BEASTWOOD have also announced that their new EP No Way Home will be released digitally July 15.

No Way Home is a musical comeback that showcases the versatile song writing talents of BEASTWOOD across three tracks. It also displays the world of heaviness the collective uniquely creates using driving guitar tones and stylistic themes/ideas that are different for each track. No Way Home is disgustingly heavy and abrasive in nature but remains communicative and easy to digest to the listener. Be prepared for a wild and satisfying journey.