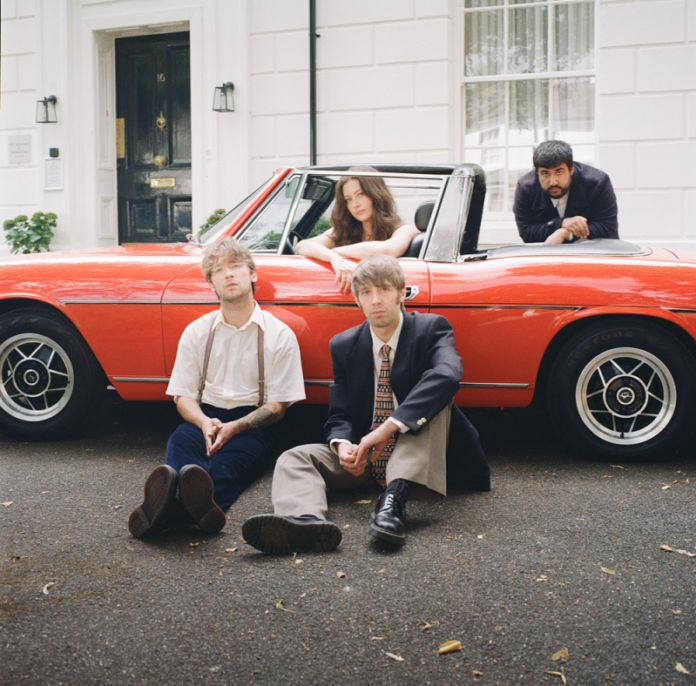 Following on from the release of their debut EP ‘Doorway Conversations’ in June 2022, Headshrinkers are back with their new single ‘My Dear’.

‘My Dear’, written by frontman Garran Hickman, is about him being consumed from his own wrong doings at the expense of others with guilt-infused lyrics throughout, Garran finds this as an opportunity to grovel. The song mirrors that familiar feeling of guilt when you take things too far when you’ve had a night out in the pub. The song is an apology to his other half when trying to win her over the morning after. Garran worries that he doesn’t want to sound like he’s coming across too brash, he just often enjoys one too many pints.

Unflinching poetry set atop confrontational searing lead guitar riffs, thunderous, driving bass-lines and pummelling drums is the unmistakable sound of Headshrinkers. Having formed in 2019 built on a vision of capturing modern life within their music, Headshrinkers have been quick to create a name for themselves in their local music scene and beyond. Headshrinkers were named on This Feeling’s ‘big in 2021’ list, as well as being Brum Radio’s band of the year 2020.

Taking influence from the likes of Joy Division, The Jam and Fontaines DC, Headshrinkers amalgamate these influences to create a whole new cacophony of sound. This sound has been described as ‘incendiary post punk laced with stunning poetic majesty’ by This Feeling. Their frantic, full-force live shows are the best way to experience the band. Frontman Garran Hickman’s captivating, visceral performances take the audience on a journey, as they are simultaneously blasted with Headshrinkers’ unrelenting brand of punk.