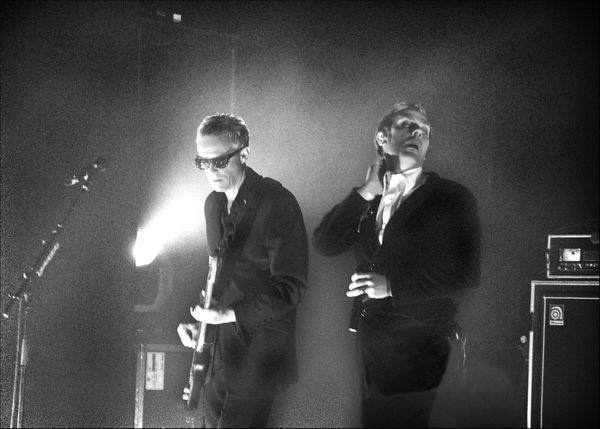 Peter Murphy will be joined by Bauhaus co-founding member and featured guest David J for a series of shows in Europe and the UK with more to be announced. They will play In The Flat Field in its entirety plus an extended encore of Bauhaus classics. Later this year, a series of coloured vinyl Bauhaus reissues will be released, more details TBA.

Originally formed in England in 1978, pioneering post-punk band Bauhaus carved out a singular musical niche combining minimalism, art school rock and dark glam, with a huge dose of their own experimentalism, originality and verve. Unswervingly bleak in their approach, they released their break-out hit “Bela Lugosi’s Dead” in 1979, an astonishing slice of brooding imagination.

They were signed to 4AD and released their debut album In The Flat Field in 1980, before moving on to release three further records via Beggars Banquet (Mask – 1981, The Sky’s Gone Out – 1982 and Burning From The Inside – 1983).

Although brief, their career was hugely influential and resonated across the decades. The band split in the early 1980s (but reformed briefly a few times throughout the years) and band members went on to focus on other projects such as Love and Rockets and Tones On Tail. Peter Murphy continues to enjoy a successful solo career, spectacularly celebrated with the recently released 5-CD box containing his Beggars Banquet releases.