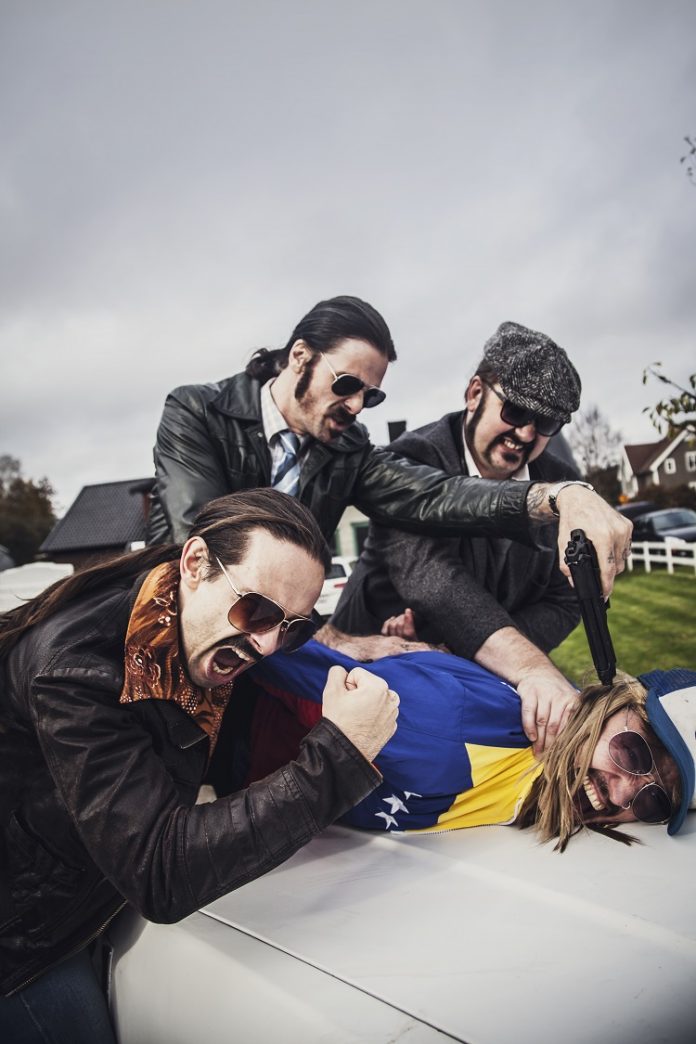 2018 is proving to be wild year for the Swedish purveyors of Street Metal as they shape up to release their highly anticipated new album “You Can’t Kill My Rock N’ Roll” through GAIN Music Entertainment on September 21st2018.

So far this year the band have enjoyed massive radio success and critical acclaim with the release of their first three singles, “Have Mercy On Me”,”Bring The House Down” and “Electric Rider” and they are now about to cause even more mayhem and frenzy with their new single and video for “Baboon”.

Recorded at the beautiful Österlyckan Studios just outside of Gothenburg, “Baboon” is the perfect mixture of aggression, attitude and debauchery, all the things we come to expect from a HARDCORE SUPERSTAR release, and for the video, the band have once again partnered with the acclaimed Swedish filmmaker Max Ljungberg to produce a hilarious 70’s cop themed promo, complete with car chases, shoot outs and powdered donuts!

The single will be available on all digital platforms May 18thand will be followed up as an exclusive, limited edition 7″ vinyl single.

Since the debut album was unleashed in 1998, Hardcore Superstar have crossed the globe multiple times sharing stages with Rock and Metal Royalty including AC/DC, Aerosmith, Kiss and Motörhead. They have also performed at the world’s largest and most distinguished Rock Festivals such as Wacken, Download, Loudpark, and SwedenRock to name just a few.

More dates have been added to the bands current, highly successful tour including a tour of Australia and the fun doesn’t stop there as there are more dates to add and countries to visit that will be announced soon.

2018 is the bands 20th anniversary as a recording and touring artist and the celebrations will include some very special events. Stay tuned!

“Baboon” will be released May 18th2018, via GAIN Music Entertainment.