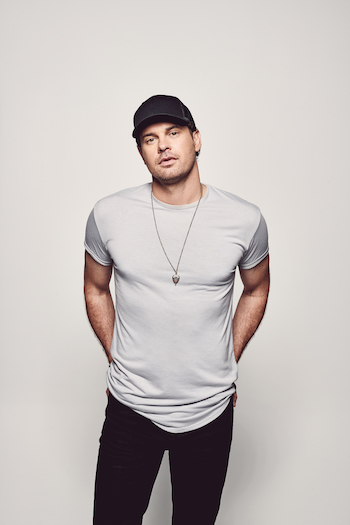 RECORDS Nashville/Arista Nashville Platinum-selling artist Matt Stell‘s latest track ‘Boyfriend Season‘ is available to stream/download everywhere now, following the success of US radio single ‘That Ain’t Me No More’ last year. Co-written by Stell with Zach Abend, Seth Ennis and Geoff Warburton, and co-produced by the artist with Ash Bowers, ‘Boyfriend Season’ marked his first new music in seven months and gives fans a taste of new music to come in 2022. Listen to ‘Boyfriend Season’ here.

“When it comes to break-ups I think everybody spends a lot of time in their own head, especially deep down when you know that breaking up might be a mistake, it might be your fault, or at least you could’ve done more to give the relationship a fair chance of succeeding,” said Stell of the new song.

He added, “That’s a kinda hard thing to face, so I think sometimes we try to talk ourselves into feeling better about the situation.’That Ain’t Me No More’ and ‘Everywhere But On’ is this happening from the guy’s perspective. ‘Boyfriend Season’ is the flip side of the coin where the girl in the song is having to deal with those feelings of not having 100% closure on stuff. And  also, “tell your friends it ain’t boyfriend season” is also really fun to yell at a concert!”

Matt also shared a ‘fan video’, comprised of real footage submitted by fans “living their best single life,” to celebrate the release of the track: https://www.youtube.com/watch?v=MJyvtzXfcQ8.

With more than 470 Million cumulative streams across his catalogue to date, Matt’s recent single ‘That Ain’t Me No More’ follows his back-to-back US No. 1s, Platinum-certified track ‘Prayed For You’ and Gold-certified ‘Everywhere But On’. As one of only eight debut country artists in the last six years to have their first two singles top the charts, Matt celebrated this success as one of Country Radio Seminar’s 2021 New Faces of Country Music artists.